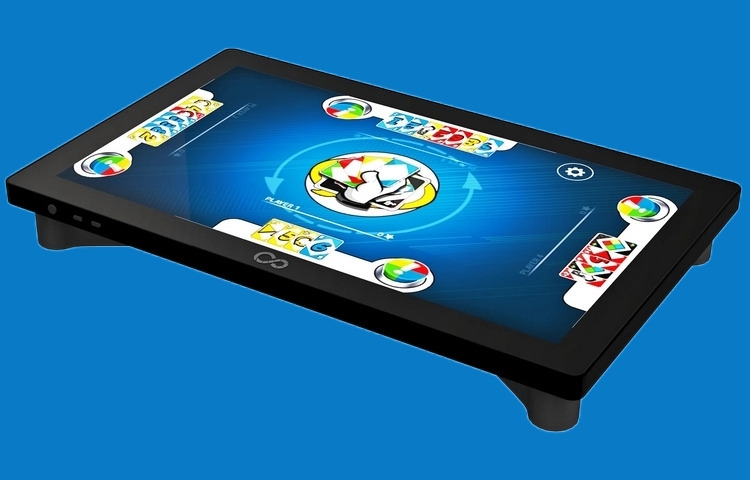 We’re big fans of Arcade1Up’s Infinity Game Table, a living room-ready coffee table with an embedded touchscreen that gives you access to digital versions of over 100 tabletop games. It’s an amazingly convenient alternative to buying dozens of physical board games. However, it’s also quite pricey, coming in at $700 for the smaller 24-inch model.  The Arcade1Up Infinity Game Board offers a compact and more economical alternative.

Instead of a coffee table form factor, the new device is, basically, a giant tablet with four short legs along the corners, allowing you to set it down on any surface. Whether you want to play some Risk on the living room coffee table, Monopoly on the kitchen island counter, or Clue at the table out in the patio, just plop this thing down and you’ve got yourself a proper game board ready for hours of fun play. 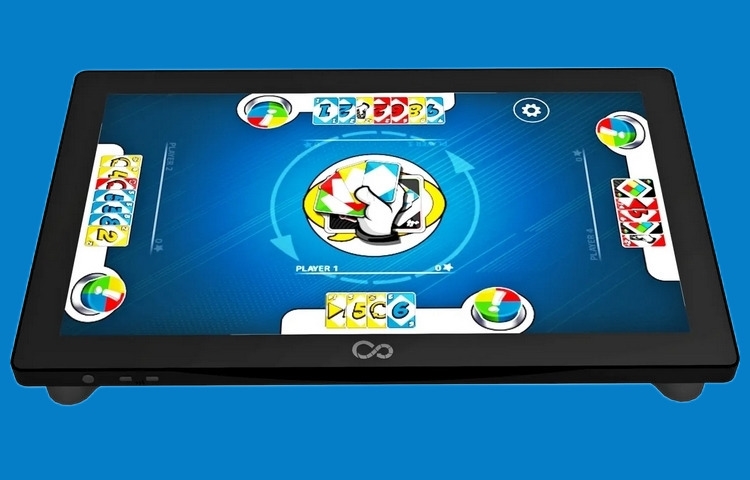 The Arcade1Up Infinity Game Board consists of a digital game board with an 18.5-inch touchscreen, which is significantly smaller than the 24- and 32-inch options available with the table version. Yes, it’s not hard to imagine that playing on a bigger game board offers a much better experience. However, what it gives up in size, it definitely more than makes up for in portability.

You see, while the table versions allowed you to remove the tabletop for playing elsewhere, hauling a 24- or 32-inch screen around the house just isn’t the most convenient thing, especially since both game boards came with pretty large bezels that allowed you to set down drinks without covering any part of the actual screen. Suffice to say, they’re heavy as heck. At 18.5 inches, this game board is definitely a lot easier to move around, especially with the deliberately smaller bezels they decided to put in it.

The Arcade1Up Infinity Game Board works exactly the same as the coffee table versions, giving you access to the same library of games, albeit with a smaller surface area to play it in. While that means some of the onscreen elements will end up a little too small for comfort (especially board games with lots of text elements), the outfit integrated a feature called “personalized dynamic zoom viewing” that’s supposed to make game elements easier to see for everyone around the board. What does it do? We’re not entirely sure, but we’re guessing some kind of zoom function that you can use to make sections bigger as needed. 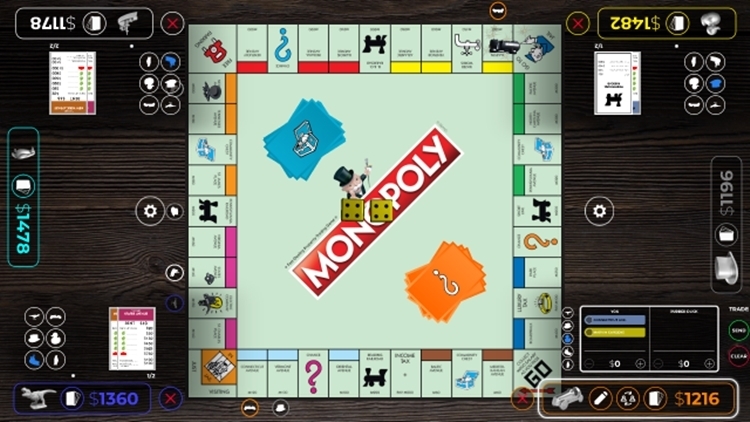 If you’re unfamiliar with the original Infinity Game Table, by the way, it comes with over 50 free games that you can download from the store. The rest of the games that comprise the 100 or so library are paid. Don’t worry, there are plenty of classic games available for free, including The Game of Life, Monopoly, Guess Who?, Clue, Scrabble, Battleship, and more. Paid games include a fair amount of pop culture licensed titles, including Batman Monopoly, Game of Thrones Puzzle Play, and Harry Potter Trivial Pursuit, as well as poker, domino, and various other card games, among others.

The Arcade1Up Infinity Game Board is slated to come out in the Spring. Price is expected to be under $500.