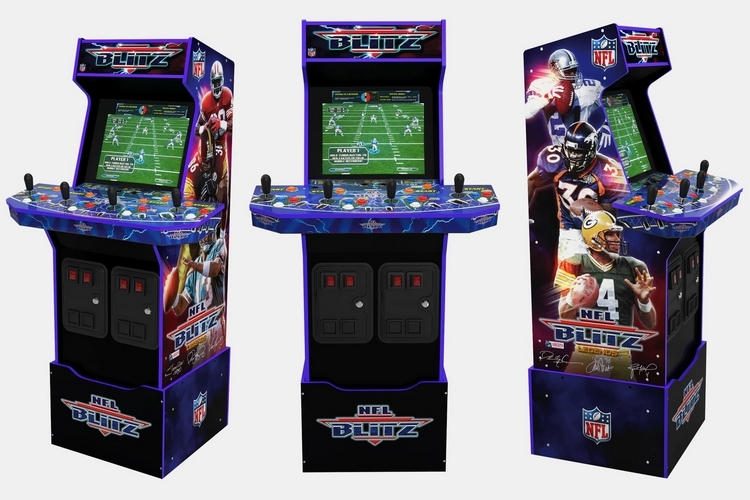 When NBA Jam took arcades by storm with its blend of photorealistic graphics and over-the-top basketball gameplay, it only made sense that other professional sports get the same arcade treatment. For American football, this came in the form of NFL Blitz, which brought intense WWE-like mayhem to the game. Now, you can relive the joys of those late 90s and early 2000s over-the-top football action with the Arcade1Up NFL Blitz Legends.

That’s right, Arcade1Up just made an NFL Blitz cabinet, so you can enjoy one of the most popular arcade sports games in its native form right from the comfort of your home. No, we’re not talking about the later games that turned it into a realistic simulation game, but the early installments that gave you the craziest seven-on-seven action you will ever find in the gridiron, ensuring you can enjoy the game in all its greatest glory. 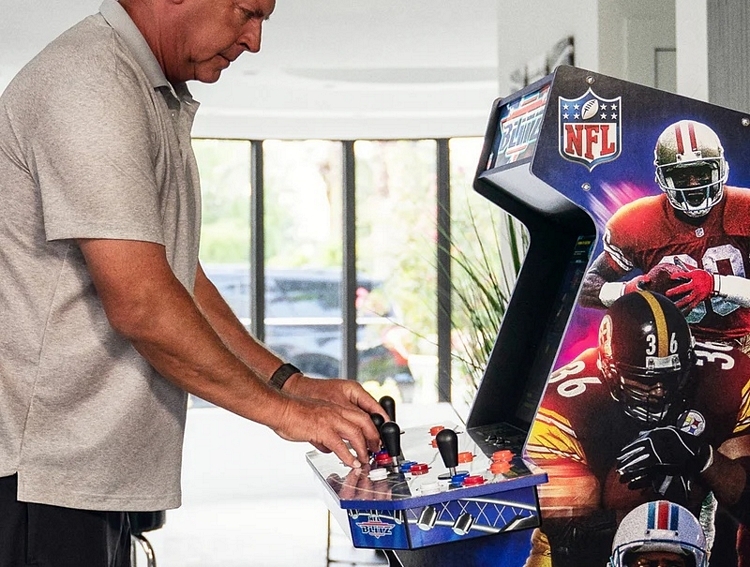 The Arcade1Up NFL Blitz Legends is a three-fourths size game cabinet much like the outfit’s original releases, allowing you to enjoy classic arcade gaming with a slightly smaller footprint that’s more suited to people’s home setups. Since that size isn’t too comfortable to play on for grown adults on their feet, it comes with an included riser that sets it up at a height of 60.7 inches, which is a lot closer to the 67-inch height of full-size arcade machines.

It comes with three games: NFL Blitz, NFL Blitz 99, and NFL Blitz 2000: Gold Edition, all of which bring the game’s signature elements to the forefront. Yes, we’re talking about seven-on-seven action with violent late hits, WWE-style stops, and the most excessive showboating imaginable. Do note, not all of the crazy action have been retained. Instead, they removed 18 of the 117 tackles originally found in the games, in an effort to clean it up a bit to conform to the NFL’s guidelines (because, concussions are a real issue nowadays). Sure, that makes it sound lamer than what you probably remember, but it still retains 99 of those crazy tackles, so it still should bring some of that excitement. 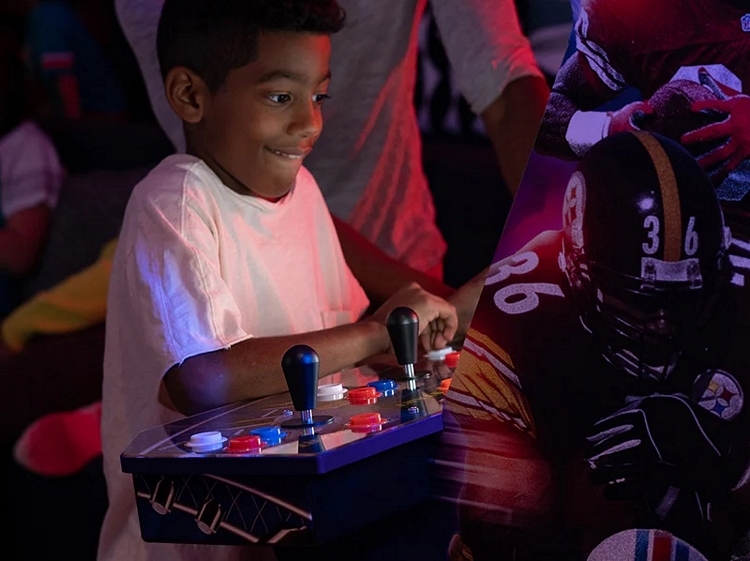 The Arcade1Up NFL Blitz Legends has a 17-inch color display with the same 4:3 aspect ratio that’s more common on TV panels from before the turn of the century. It comes with four sets of controls to allow four people party gameplay, complete with 49-way joysticks and standard arcade action buttons. Like many of the outfit’s newer cabinets, it supports multiplayer over Wi-Fi, allowing you to play against other people who own NFL Blitz arcades of their own, complete with onboard speakers and headphone jacks if you’d rather not bother people at home. Naturally, the cabinet comes decked in full licensed artwork and a light-up marquee to round out that authentic arcade feel. 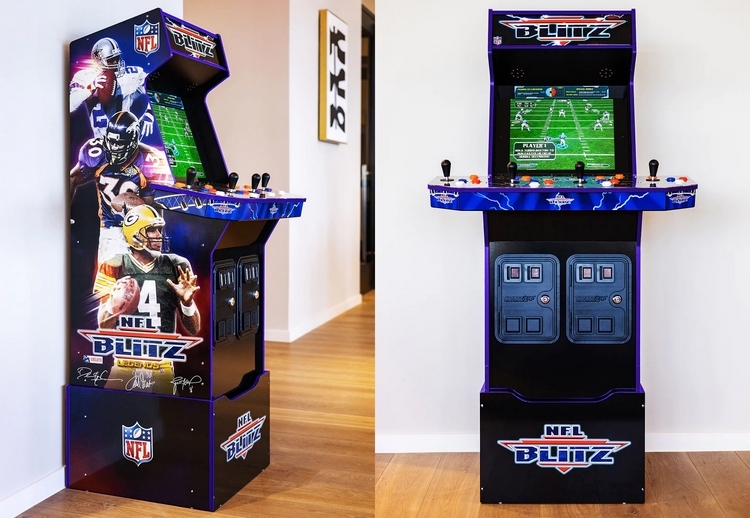 According to the outfit, all the pro teams from the era are all retained, with hundreds of NFL pros from the original games in tow. Those include legends like Dan Marino from the Dolphins, Deion Sanders from the Broncos, Brett Favre from the Packers, and more.

The Arcade1Up NFL Blitz Legends is slated to ship in October, priced at $599.99.