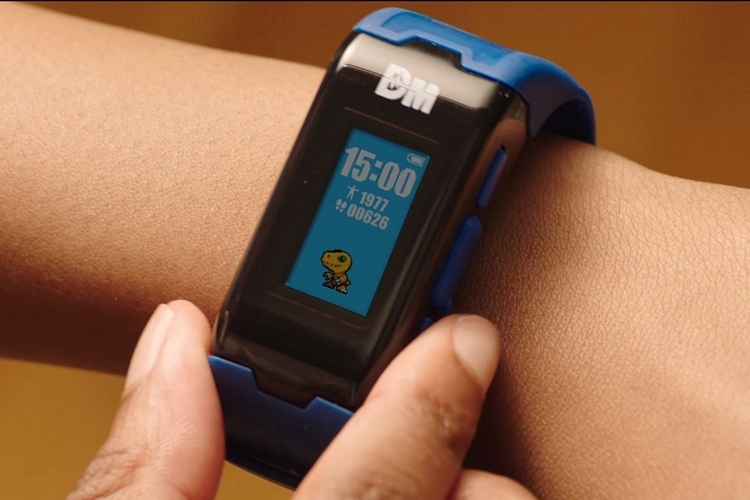 We’re big fans of the new generation of Tamagotchis, with their full-color screens, onboard cameras, and even more immersive virtual pet gameplay. However, that core gameplay still revolves around raising a healthy and happy pet (or pets, since the new ones can support up to 16 generations), which may or may not be fun, depending on your personal tastes. In fact, that’s why Digimon was invented back in the day, since they let you raise pets like Tamagotchis, but switched the gameplay to making them stronger for taking part in battle. The Bandai Vital Hero goes one step further by engaging kids to get active to make their Digital Monsters stronger.

Instead of simply training your monsters digitally, the game requires kids to get physically active in order to train their creatures. That’s right, it uses contemporary fitness tracking sensors to monitor their activities throughout the day, using that as input to improve their stats. No more leveling up your Digimon by simply sitting and pressing buttons all day – this thing, basically, forces kids to get moving and break a sweat if they want their monsters to get stronger and have a chance at evolving into something even better. 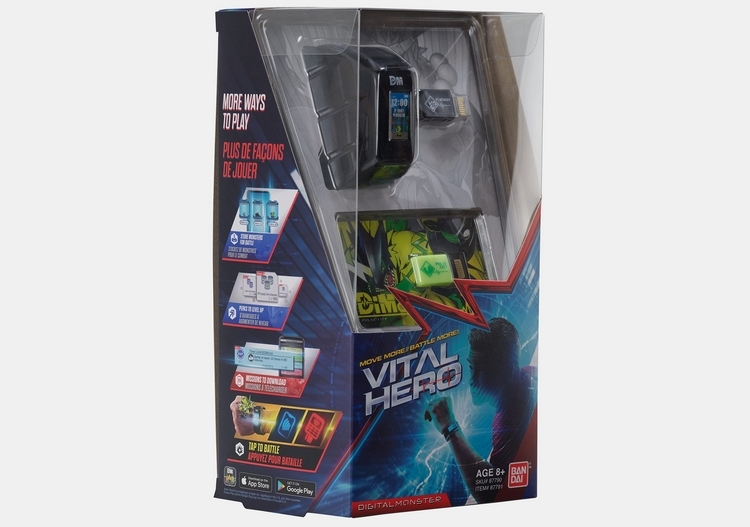 The Bandai Vital Hero puts the Digimon game in a digital watch, allowing kids to wear it on their wrists the whole time while they go to school, play with their friends, and generally go about the rest of their day. It has a full color display that shows their monster onscreen, along with the current time and a couple of other vital activity metrics, so it’s basically a functional fitness tracking watch with a Digimon game fully integrated. 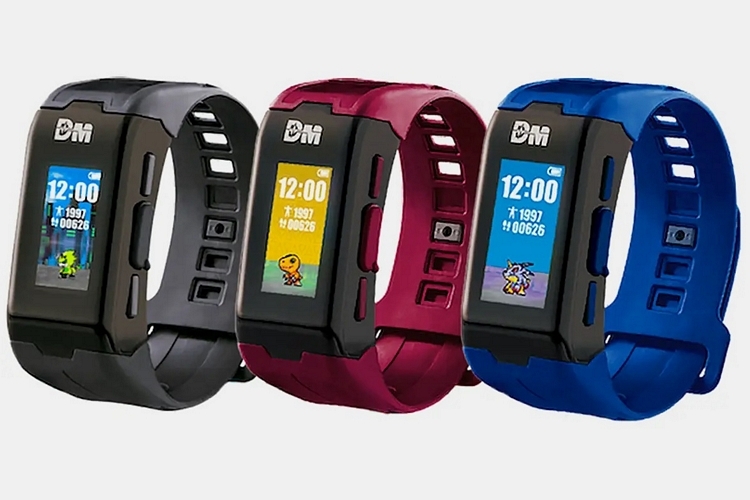 To encourage kids to get active, it comes with daily training missions that will require them to partake in various activities like doing crunches, sprinting, squatting, and more, all of which the device tracks through its built-in motion and heart rate sensors. Doing these missions will level up the monster’s various stats, giving it a better chance of coming out victorious during encounters with monsters that randomly pop in to your game. Of course, it should also get your kids more fit, which is increasingly becoming important, considering how much sitting around and swiping on a screen the rest of the world is doing. 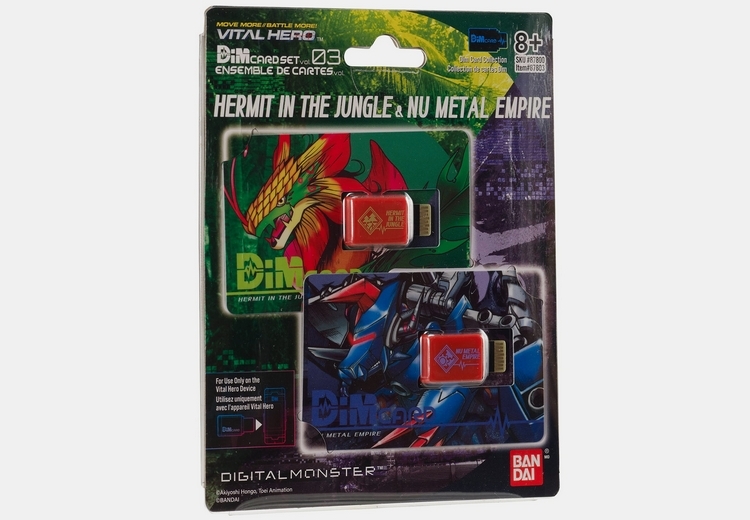 The Bandai Vital Hero uses a DIM card to save all data on your Digimon, so if you want to start raising a different creature, simply get a new DIM card with the monster that you want. So far, the outfit has announced 10 different monsters available, so you can raise a veritable army of these digital creatures on your wrist. To battle other kids Digimons, you can either take that DIM card and insert it into their watch (each one has two slots) or trigger the showdown wirelessly via NFC. Naturally, there’s also a companion app where you can battle your digital monsters, allowing you to go online to stage fights with trainers all around the world.