Some people like curved monitors. Others prefer more traditional flat panels. Whichever style of display you prefer, the Corsair Xeneon Flex 45WQHD240 has you covered because it’s a bendable display that you can flatten and curve to your exact liking.

That’s right, this monitor can be bent at various curvatures as well as flatten, allowing you to switch from curved to flat and back any time you feel like it. No need to choose between a curved or flat monitor – this thing gets you both form factors in a single device. 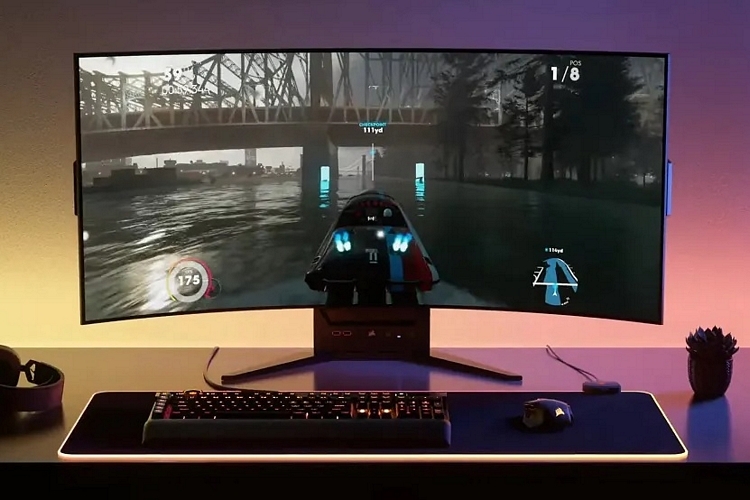 The Corsair Xeneon Flex 45WQHD240 is a 45-inch OLED monitor with a 3,440 x 1440 resolution, a 21:9 ultrawide aspect ratio, and a 240Hz refresh rate, so it’s got the same core specs as most modern high-end gaming displays. What makes it special, of course, is its ability to curve, which you do by manually bending each side inwards using a pair of pop-out handles. Each side can be curved independently, by the way, allowing you to create a weird monitor that curves on just one side if you feel like it. According to the outfit, it can be curved anywhere from just a slight arch to a maximum of 800R, so this allows for quite a massive curve.

Why not just automate the curve by integrating a motor that can bend the panel at the push of a button? While an auto-bending panel would be nice, motors would add both cost and additional parts that can fail. Plus, reaching out to bend it is simple enough, considering you’re sitting in front of it anyway, while having to long-press a button as the monitor slowly bends and then letting go once you get the curvature you need just doesn’t sound that much more convenient. 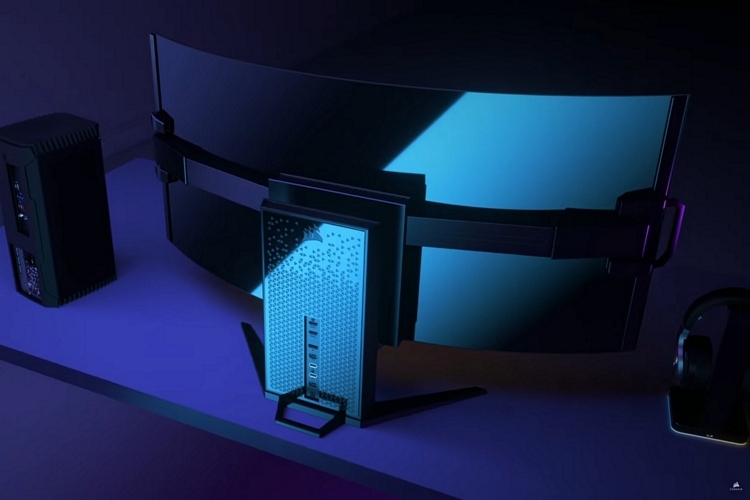 The Corsair Xeneon Flex 45WQHD240 uses a flexible OLED panel made by LG, so the picture quality should be just as good as any of the outfit’s numerous monitors. Aside from the specs listed above, the panel gets 1,000 nits of peak brightness, a 1.35M:1 contrast ratio, and support for both Nvidia G-Sync and AMD FreeSync Premium, so you can enjoy variable refresh rates, regardless of what GPU you use on your gaming PC. The stand, by the way, comes with a bevy of connectors both front and back, including HDMI, DisplayPort, USB ports (Type C and Type A), and a headphone jack. 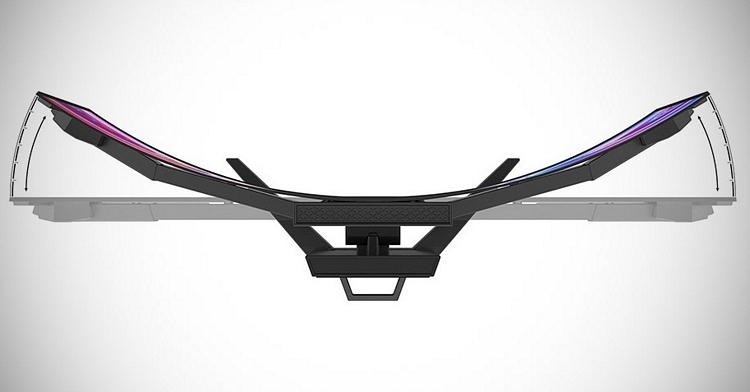 Of course, a monitor that can switch between curved and flat profiles just make so much sense. You make it flat when you’re doing work or other general productivity tasks, then simply bend it when you want to add a bit immersion to a game you’re playing. That means, the bending mechanism is something people will probably use a lot, so it will be interesting seeing how much wear it can take before problems arise. Hopefully, it takes quite a bit of time, considering how expensive this thing is likely to retail for.

No pricing or release date has been announced for the Corsair Xeneon Flex 45WQHD240. The outfit, however, has promised to release those details later in the year.