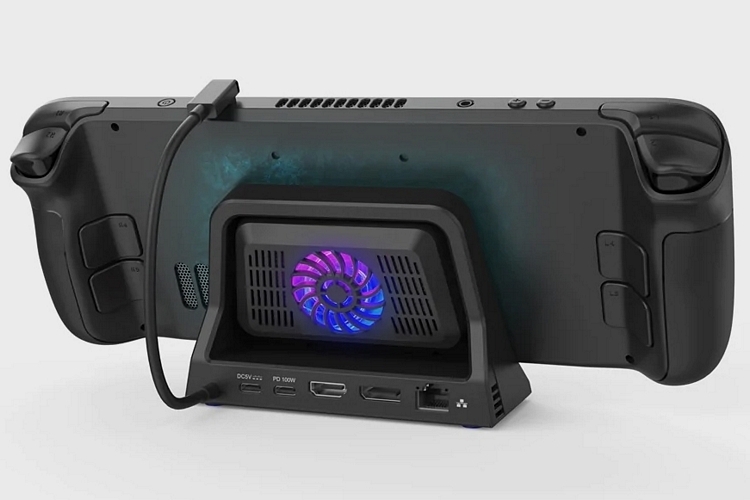 The Steam Deck is an incredible machine. However, it also gets incredibly hot. If you want to prevent the stuttering and crashes that inevitably come with overheating, you’ll definitely want to do something about that. The Unitek Cooler Dock Pro offers one potentially good option.

Just like similar docks for gaming handhelds, the device lets you connect your console to a larger display, all while charging its battery and allowing you to connect the handheld to various peripherals. Except, this one integrates a cooling system, too, so it can help keep your handheld’s temperature more manageable even while you continue to play with it on the dock.

The Unitek Cooler Dock Pro has a thermoelectric cooling system that draws heat from the Steam Deck’s case and expels it towards the surrounding air. According to the outfit, the gaming handheld normally maintains a surface temperature of 46 degrees Celsius when running Apex Legends, which goes down to 34.5 degrees Celsius when mounted on the cooling dock. While it doesn’t completely change the Steam Deck’s potential for running high-resource games, it is a significant enough drop that you’ll definitely want to use the dock whenever it’s a viable option.

Aside from the cooling, the device, of course, performs standard gaming dock functions.  That includes charging your Steam Deck with a 45W fast charge (it actually supports 100W, but 45W is the console’s maximum), all while coming with multiple ports that let you turn the handheld console into a viable desktop PC. Those ports include a DisplayPort 1.4 and an HDMI 2.1, allowing you to hook up monitors up to 8K at 60Hz and 4K at 120Hz. We have no idea how cool it will be able to keep your Steam Deck when running 8K 60fps graphics, but the dock will certainly let you give it the old college try. 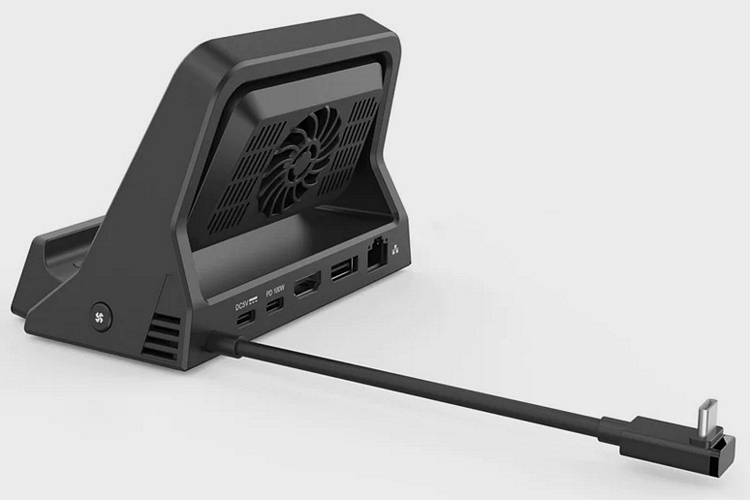 The Unitek Cooler Dock Pro supports Multi-Stream transport with the Steam Deck in Linux desktop mode, allowing you to connect multiple monitors. Do note, if you’re using both the HDMI and the DisplayPort slots, you can’t use the maximum 8K at 60Hz and 4K at 120Hz, with the system restricting you to dual 4K at 60Hz or dual 8K at 30Hz. Honestly, that’s still pretty good for a handheld game console. It gets a gigabit WLAN port, so you can hook it up to a wired LAN connection, as well as two USB-C slots (one 100W power delivery and one 10Gbps) and two USB-A slots for hooking up any wired peripherals, like keyboards, hard drives, or gamepads. Suffice to say this turns the erstwhile gaming handheld into a viable desktop gaming rig. 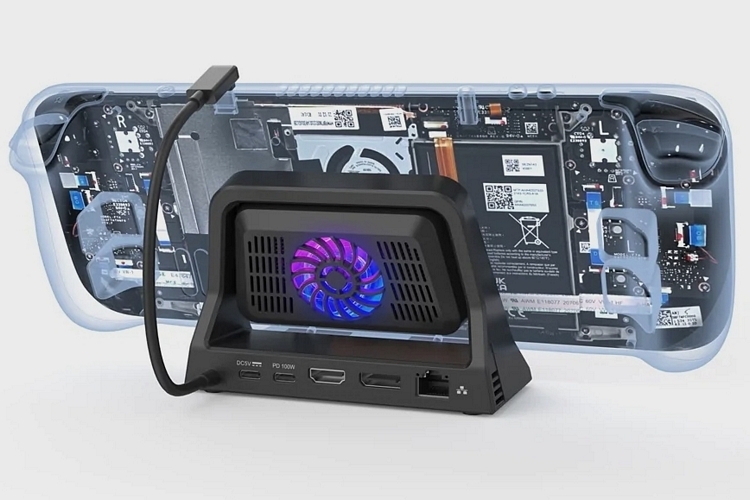 The device powers via a USB-C DC slot that you can plug in to your home outlets. If you just want to use it as a portable cooler for the Steam Deck, though, that’s also possible, as they added USB-C port on the left side of the dock that’s exclusively for the cooling system. To use just that, you can simply plug in a power bank to the slot and you’ve got yourself a reasonably portable cooling dock.

The Unitek Cooler Dock Pro is available now, priced at $119.