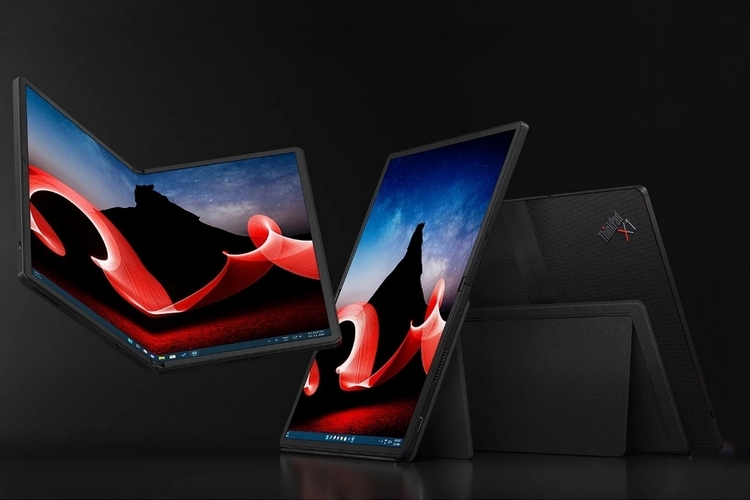 While foldable phones have grown in popularity over the last few years, we haven’t seen the form factor embraced the same way when it comes to tablets and laptops. Lenovo is one of the companies that actually tried in that regard, releasing a foldable laptop back in 2020. This year, they’re doubling down on the upstart folding laptop category with the second-generation Lenovo ThinkPad X1 Fold.

An improved version of the world’s first foldable laptop, the new device has a 22 percent larger screen, a 25 percent thinner chassis, and a bell-shaped hinge that allows the panel to fold perfectly flat. Seriously, it looks like a regular laptop when folded, all while opening up to a single large screen that’s just downright stunning to look at. 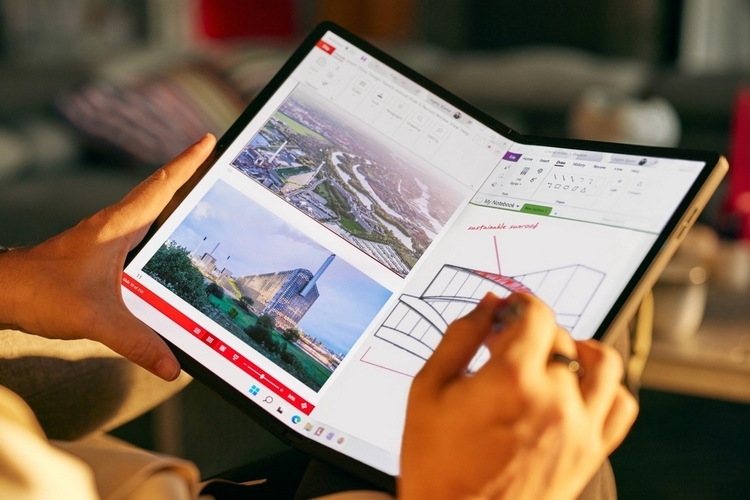 The Lenovo ThinkPad X1 Fold looks like a small 12-inch laptop when folded, all while unfolding to a large 16.3-inch display when opened completely flat. The full OLED display has a resolution of 2560 x 2024 pixels with a 4:3 aspect ratio, up to 600 nits of HDR brightness, and 100 percent of the DCI-P3 color gamut. Oh yeah, it’s touchscreen, too, with pen support, so you can use it like a gigantic 16-inch tablet if you want to. Underneath that display sits 12th-gen Intel Core processors (up to i7), Intel Iris X graphics, up to 32GB of RAM, and up to 1TB of SSD storage.

It comes with multiple modes of use. Clamshell is the traditional laptop mode that divides into two 12-inch panels, with the upper half serving as the monitor and the lower half serving as an onscreen keyboard, while landscape turns it into a 16-inch all-in-one computer when mounted on the optional desk stand and paired to your favorite peripherals. Of course, it can also be used in portrait when mounted on the same stand.  There’s also a book mode that turns it into partially-folded ebook reader and a tablet mode if you don’t mind using a monstrous 16-inch tablet. 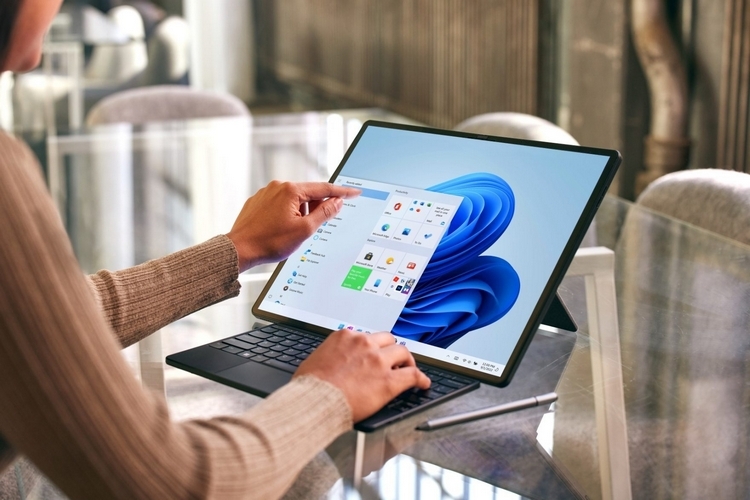 The Lenovo ThinkPad X1 Fold gets a 5MP webcam with both an RGB sensor and an IR sensor for Windows Hello, while the integrated Visual Sensing Controller orients the camera to the correct setting, depending on how it detects you’re using the device. It’s also got three Dolby Atmos speakers, of which two are active every time depending on the mode you’re using, while two sets of dual mics allow clear voice pickup, with the system activating whichever makes most sense based on the active mode. Dolby Voice onboard optimizes the speakers and mics to optimize them for two-way conversations. 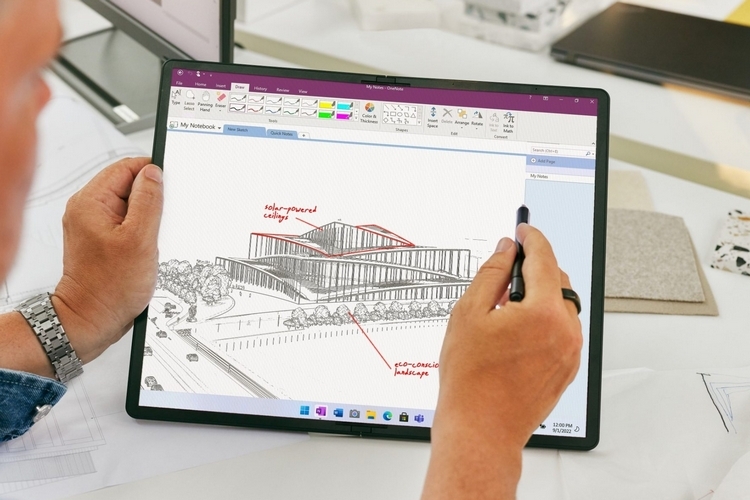 According to the outfit, a set of graphite sheets inside the housing dissipate heat across the whole system, allowing the laptop to cool down without relying on loud fans. Other features include a fingerprint reader, a 48Wh battery, two USB-C/Thunderbolt 4 ports, one USB-C slot, an optional SIM card slot, Wi-Fi 6E, Bluetooth 5.2, an aluminum frame, and a back covr cut in recycled woven performance fabric.

The Lenovo ThinkPad X1 Fold come out in November, priced starting at $2,499.