LG Artcool Gallery Dresses A Split-Type AC Unit As An LCD Frame, So It Can Cool Your Room On The Down-Low 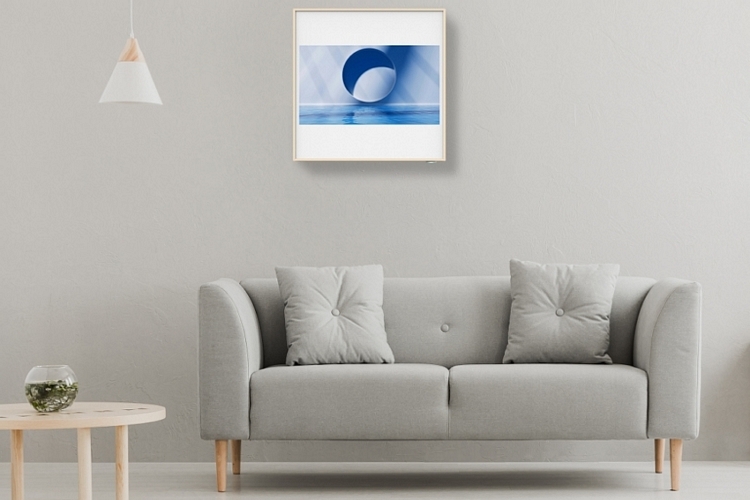 Like other digital frames, the LG Artcool Gallery can be used to display a variety of digital artwork, so you can have different paintings, graphic prints, and animated imagery adorning your walls every day. Unlike them, it’s also a functional air conditioner, allowing you to cool down the room without the eyesore of traditional cooling systems.

The newest version of the outfit’s combination picture frame and wall-mounted AC unit, the device replaces the traditional frame from the previous version with a digital display. That way, you no longer have to put a painting or a poster on the darn thing, with the app letting you easily switch from displaying one artwork to another.

The LG Artcool Gallery features a framed LCD panel out front that measures 27 inches with a square profile, so it’s a tad smaller than the 33-inch frame found in the previous version. Of course, it’s not as slim as a traditional digital picture frame, since it houses all the components of a ductless split AC in the square enclosure behind the screen, so the display is raised an inch or so above the wall. At least, that’s the case with the previous version, so we’re assuming it’s the same way here, since LG hasn’t shown a side angle photo of the new model just yet.

There are no details on the resolution, contrast ratio, and other specs of the display panel itself, but given that it’s from LG, it will probably be along the same quality as their TVs and monitors. It works with the outfit’s ThinQ app, where you can select from a range of available artwork and animations. You can also upload your own photos, if you want something from your own collection to show off on the display frame.

The LG Artcool Gallery is actually a split-type AC, so it combines the LCD-fitted indoor unit with an outdoor rig that houses the compressor and condenser. According to the outfit, the indoor AC is equipped with three-way airflow for efficient cooling of the space, as well as LG’s AI Dry that continuously removes any moisture that forms inside the AC by automatically integrating drying time into its operation. While split-type ACs can be noisy, LG claims the unit can lower its noise output to as low as 20 decibels by closing the bottom vane, which it automatically does during sleeping hours to keep potential sound distractions at a minimum. The outdoor component uses the outfit’s DUAL Inverter Compressor that uses 70 percent less power than a conventional residential AC.

The companion ThinQ app, by the way, won’t just be able to control the LCD artwork. It can also be used to access settings, functions, and various smart features for the AC unit, all while letting you monitor the appliance’s status in real-time at any moment.

The LG Artcool Gallery is expected to be on display at the show floor of CES 2023 in Las Vegas next month, where the outfit is also expected to give more details about the product.