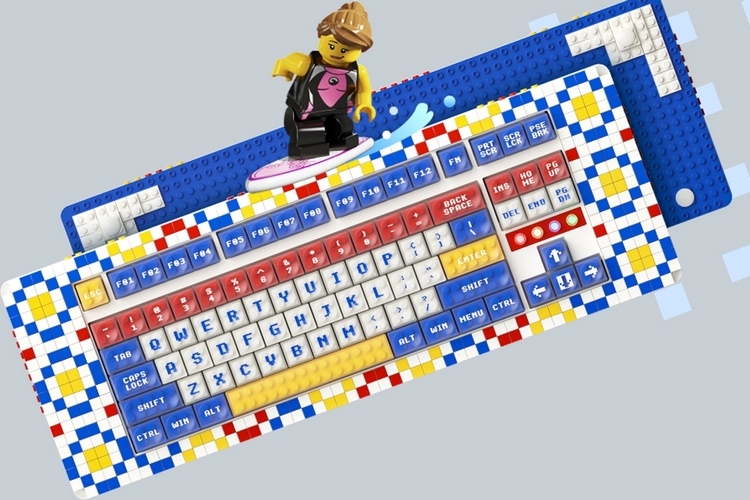 Customizability is one of the big selling points of mechanical keyboards, as they make it relatively easy to swap in new keycaps, LED lighting, and even switches. If you want even more customizability, though, you’re going to need something that’s pretty radical. You know… like a functional keyboard made primarily from LEGO-style bricks. That’s exactly what you get with the MelGeek Pixel Keyboard.

A mechanical keyboard inspired by LEGOs, the peripheral comes with numerous parts covered in LEGO-compatible studs, allowing you to build LEGO creations on various sections of the keyboard. Basically, it’s like taking a keyboard and sticking LEGO-compatible surfaces all over it, except you get the accessory with all the LEGO surfaces already built in. 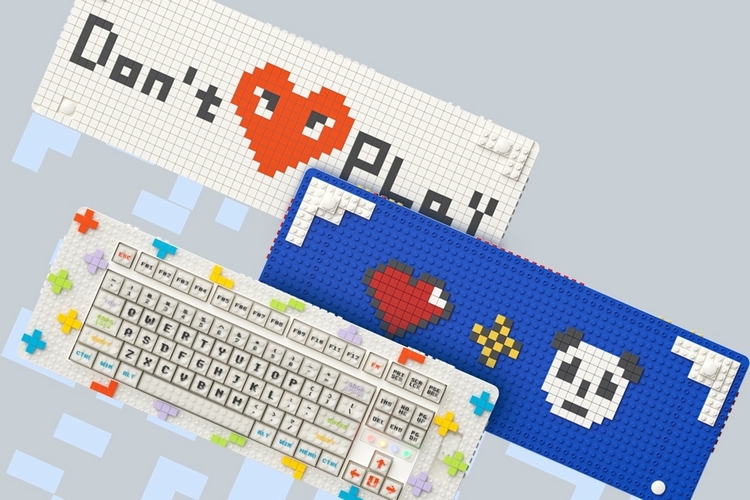 The MelGeek Pixel Keyboard has an enclosure that’s made from a LEGO-compatible surface, so the entire area surrounding the key layout can be covered in your 2D and 3D LEGO creations. Actually, the entire backside is covered is covered in the same LEGO-compatible surface, too, so you can create a custom integrated stand, a boat hull, or a car chassis underneath the whole thing, so you can have your keyboard rolling around the desk like a toy car. Heck, I want to turn it into a LEGO Commodore keyboard PC. It’s also got LEGO-compatible strips on the sides, too, in case you have an idea for custom designs along the edges.

You know how many keyboards come with customizable keypads? Well, it’s the same thing here. Except, it actually uses a two-layer key cap, with a four-stud brick layer underneath and a proper key cap on top. That means, you can replace the keycaps with minifigs, LEGO accessories, or whatever else you want. Sure, that will probably render the keyboard pretty unusable, but the option is there if that’s something you’re interested in doing. 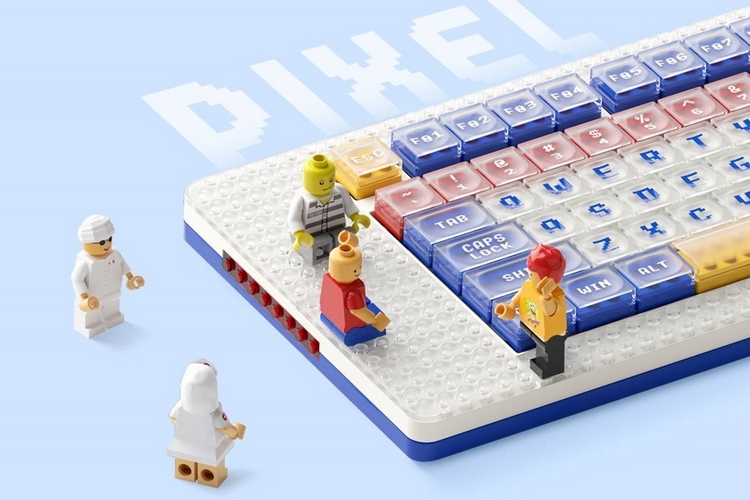 The MelGeek Pixel Keyboard maintain the LEGO theme down to the LED status indicators and USB cable, as the plugs on either end are both covered in LEGO-compatible studs. Heck, the USB cover even has studs at the top edge, so they went all-in on the LEGO theme. While it’s designed to connect via USB, there’s also a wireless radio onboard (most likely 2.4GHz rather than Bluetooth), so you can connect wired or wirelessly, depending on your individual preference. 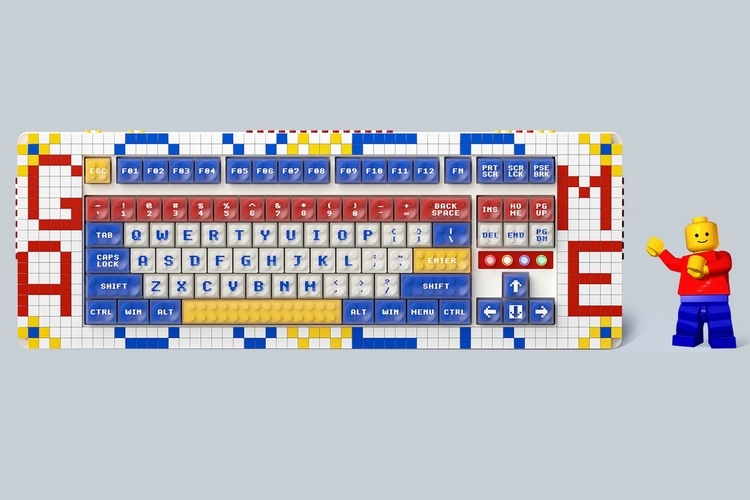 While they did not specify the kind of switches included, this is a mechanical keyboard that will click, clack, and, generally, annoy anyone unlucky enough to work next to you. Most likely, though, they will let you choose among a set of options once they start taking orders. Oh yeah, this is hot-swappable, so you can replace switches on the fly without affecting the overall operation.  It’s a gasket-mount keyboard, as well, so it should get a more cushioned feel during typing, in case you prefer that. According to the outfit, it can store pairing data for up to eight devices, so you can use it with multiple compatible machines.

The MelGeek Pixel Keyboard is slated for limited availability later in the year. If you register your interest now, you can get it for a reduced price of $199.