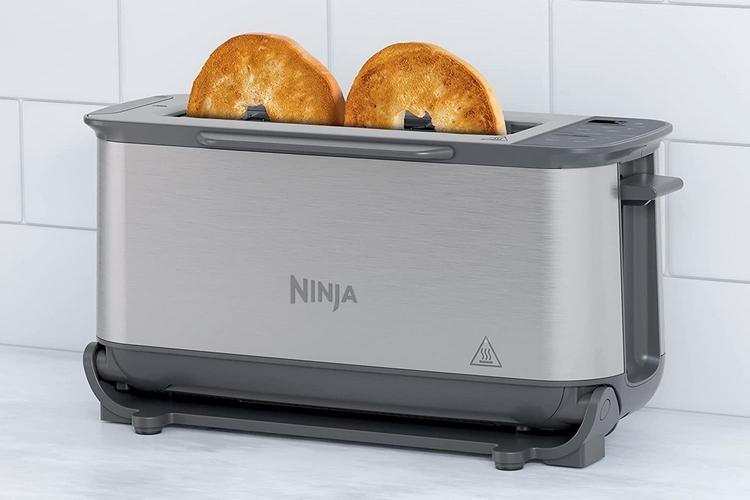 It looks like a regular toaster, with a slot on top for putting your bread in and seven browning options. Except, the Ninja Foodi 2-in-1 Flip Toaster is designed to flip down, allowing you to use the bread slot as a compact oven when combined with the included metal cover.

That’s right, this unique countertop appliance can work like a regular toaster, where you put your bread on the top slot, set your browning level, and wait until the bread automatically pops back up soon as it’s done. Unlike every other toaster in existence, though, it has a hinged bottom that lets you flip it down, essentially putting the opening up front instead of on top like a toaster oven. Basically, it gets you the convenience of a pop-up toaster with the versatility of a toaster oven by simply employing an erstwhile pretty clever flip-down and flip-up mechanism. 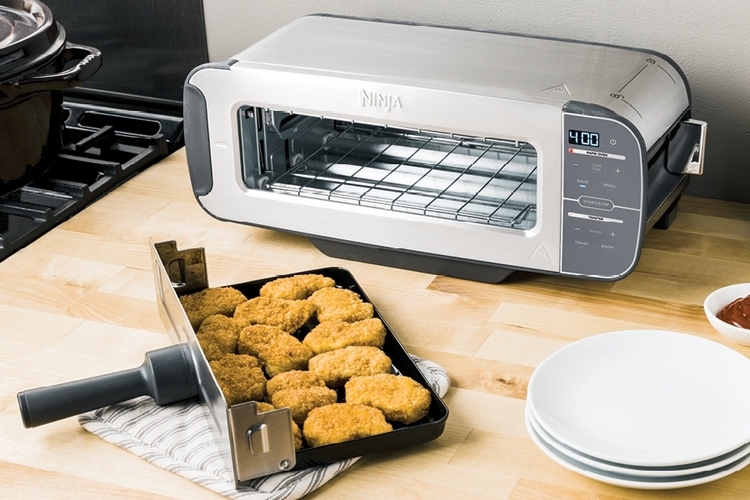 The Ninja Foodi 2-in-1 Flip Toaster has a profile that resembles larger slot toasters when flipped up, complete with an opening that’s around 70 percent wider than traditional pop-up toasters. Obviously, this allows it to accommodate thicker types of bread, all while enabling it to function in toaster oven mode. The slot is long enough to accommodate two slices of standard sandwich bread at a time, too, so you can prepare your breakfast just as fast as your standard slot toaster. While the toaster pops the bread up automatically when it’s done, there’s also a manual lever on the side for those times you realize it’s brown enough for your liking. There’s also a pull-out crumb tray at the bottom, so cleaning up is easy. 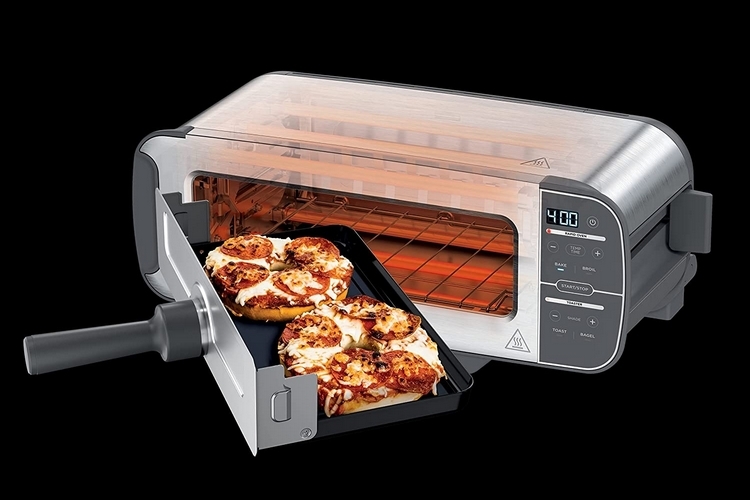 When flipped down, it turns into a functional toaster oven, albeit with a cooking area that’s not as tall as typical toaster ovens. In this mode, it’s designed to be used with a metal door that has a built-in tray, so you can cover the cooking area for more efficient toasting. According to the outfit, the tray can fit up to 16 chicken nuggets, an 8-inch open face sandwich, or two full-size pizza bagels, so while small, it’s definitely big enough to let you cook a whole host of delicious food items. 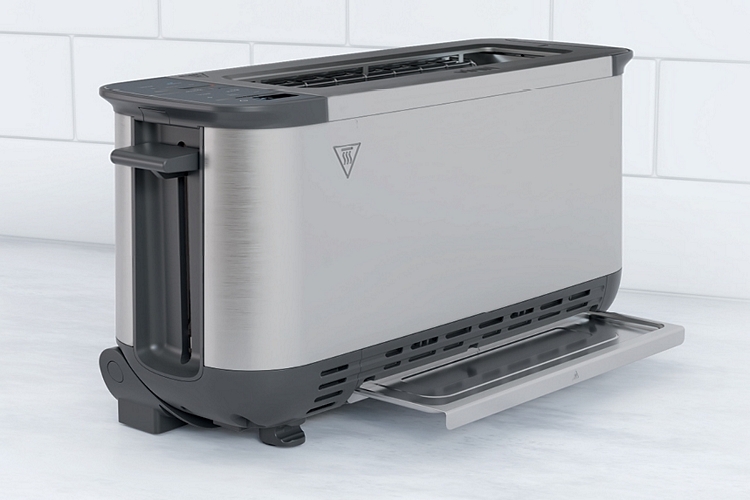 The Ninja Foodi 2-in-1 Flip Toaster comes with capacitive controls that let you choose any of the six available settings, namely Toast, Bagel, Defrost, Broil, Bake, and Reheat, so it’s just as versatile as any toaster oven. Yes, there’s enough room there that you should be able to bake muffins and cupcakes, if you’re into that – just don’t make them too tall. The outfit claims it requires no preheating, regardless of which function you’re using, as the oven’s rapid heating technology is able to get it to reach 400 degrees Fahrenheit at a pace that’s 35 percent faster than a full-size toaster oven. Oh yeah, the exterior gets hot, by the way, so make sure you hold it using the black plastic sections on the sides when flipping over, lest risk getting burned.

The Ninja Foodi 2-in-1 Flip Toaster is available now.