Nitecore TM20K Flashlight Blinds You With 20,000 Lumens At Peak Power 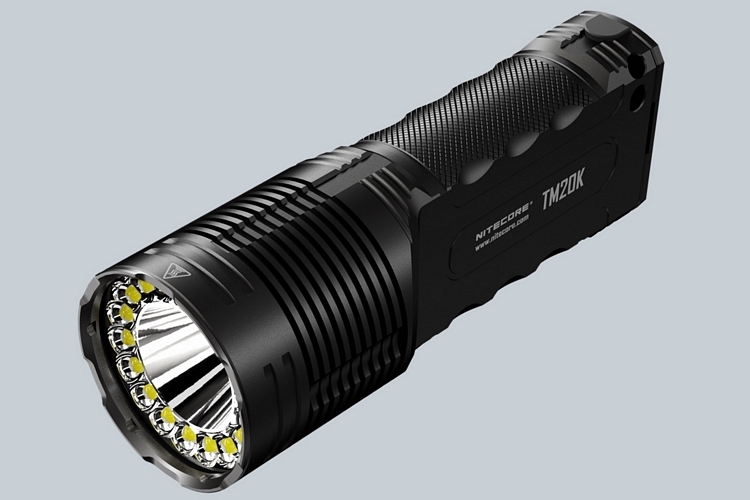 Nitecore’s Tiny Monster line has offered some of the highest brightness-to-size ratio among flashlights since it debuted in 2013. And they’ve only gotten better since, with the outfit figuring out even better ways to cram more illumination inside compact shells. The Nitecore TM20K is the latest addition to the line, bringing in a whopping 20,000 lumens inside a reasonably compact handheld enclosure.

The brightest flashlight yet in the Tiny Monster series, it’s bright enough to cut through 317 yards (950 feet) of darkness, allowing you to use it far beyond the typical flashlight applications. Granted, the 20,000 peak lumens is not sustained, as it will automatically switch to the next highest setting in a few minutes to prevent overheating and failure. How long that is depends on the flashlight, as we’ve owned smaller flashlights that switched down after just over a minute and bigger ones that took as long as 20 minutes before dimming. Considering how powerful 20,000 lumens is, though, we can’t imagine this keeping it up for very long. 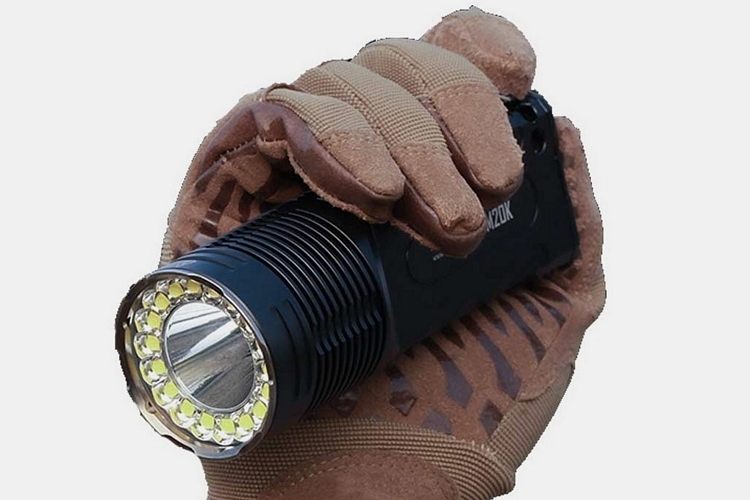 The Nitecore TM20K is able to muster those 20,000 lumens with the use of 19 individual LEDs, all lighting up at max power. There’s no listed time as to how long it can keep up the maximum brightness before switching to the next highest setting, which is 3,100 lumens. Considering it can only keep the 3,100-lumen beam running for up to 45 minutes, though, it’s probably fair to expect less than 10 minutes of crazy high illumination. Aside from the turbo and high, there are six other settings, such as ultralow (320 lumens), mid (1,900 lumens), spotlight, floodlight, and strobe (20,000 lumens).

Since going maximum brightness can really make this thing heat up, it comes with integrated autothermal reforming (ATR) technology, along with cooling fins on the head and a machined unibody design that, the outfit claims, is rigged to improve overall heat dissipation. The aluminum alloy build should also help thermal conduction. Suffice to say, it’s properly equipped to handle that power with some good heat management in tow. 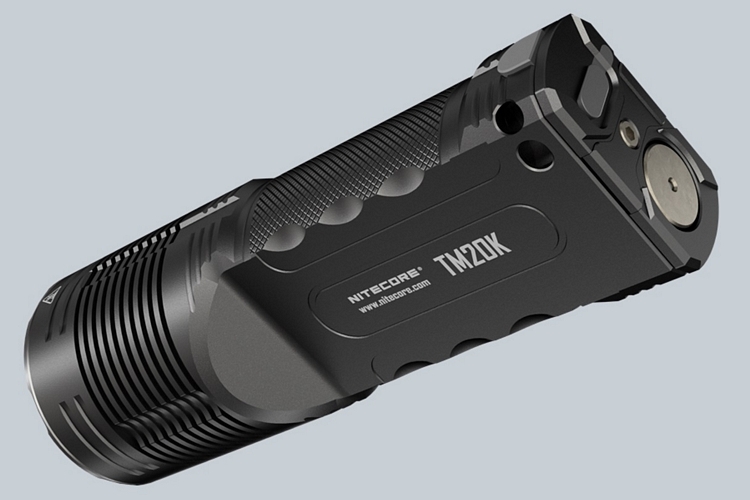 The Nitecore TM20K comes with a housing that measures just 5.7 x 2 inches (length x diameter), making it compact enough to slip inside bag pouches, glove compartments, and even the hand pocket on most jackets. It’s impact-resistant to drops up to 3.3 feet and water resistant when submerged up to 6.6 feet, so it’s rugged enough to bring with you, whether you’re working in the field, camping, or hunting for aliens in the local forests. The grip section on the housing has two flat sides, by the way, making it easy to hold even with smaller hands, while ambidextrous buttons make it easy to use for left- and right-handed folks alike. 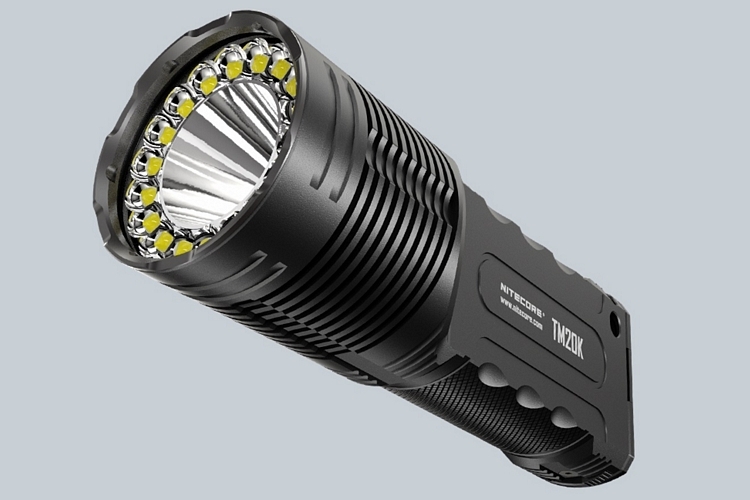 It has a 9,600 mAh battery that supports quick-charging via USB-C in just 4.5 hours, so while that’s still pretty long, you won’t have to keep it plugged in for half a day. Other features include mode memory (it retains the last setting you used), lock setting (to prevent accidental use), a deep carry pocket clip, and a magnetic holster.