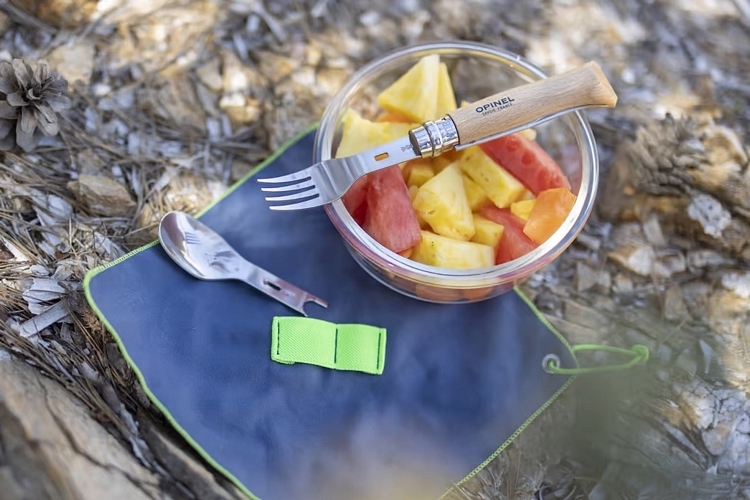 We’re big fans of Opinel’s classic knives, with their timeless looks, comfy wooden grips, and reliable function. A few years ago, they expanded towards camp kitchens with the Nomad Cooking Kit, which applied those same traditional elements to a set of camp-friendly cooking utensils. With the Opinel Picnic+, they’re doing the same for portable cutlery.

That’s right, Opinel is now making spoons and forks in the same classic design as their knives, allowing you to carry functional cutlery in the same portable form factor as the outfit’s long-running pocket knives. Whether you’re a fan of Opinel’s knives, a backpacker who enjoys packing light, or just someone in search of alternatives to disposable cutlery, this thing makes for a viable tool to add to your stash. 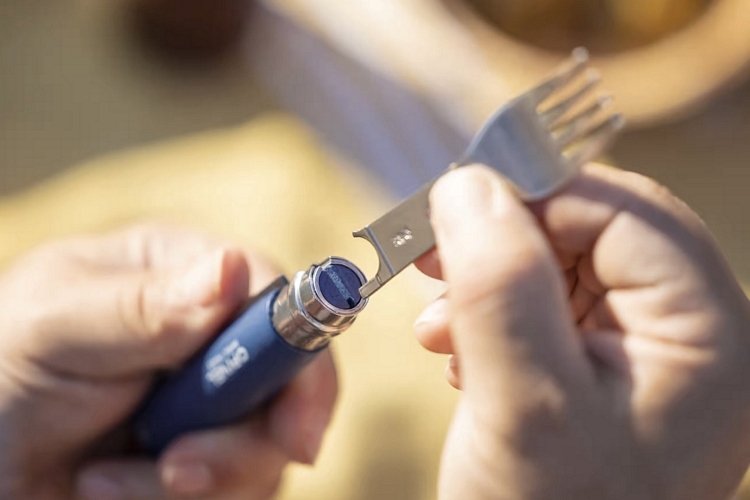 The Opinel Picnic+ consists of three main components, namely a folding knife, a fork insert, and a spoon insert. The knife is a standard Opinel No. 08, a compact folding knife with a 3.3-inch stainless steel blade and a beech wood handle that you can use for standard cutting tasks on top of slicing any food you need to cut into smaller bite-sized pieces. The same Virobloc safety ring that locks the knife blade in place when you deploy it can also be used to secure either the spoon or fork insert (with the knife closed, of course), allowing you to turn an erstwhile pocket knife into a functional spoon or fork.

That’s right, you can have either a spoon or fork, but not both. Unless, of course, you have a second knife with a Virobloc safety ring, in which case you can put the other one in there. Truth be told, that wouldn’t be such a bad idea, since this is a compact enough folder that you can throw a couple of that in your pocket with no problems. Sadly for spork fans, Opinel is, seemingly, not a fan of the combo cutlery, so they don’t have a spork insert in the mix. 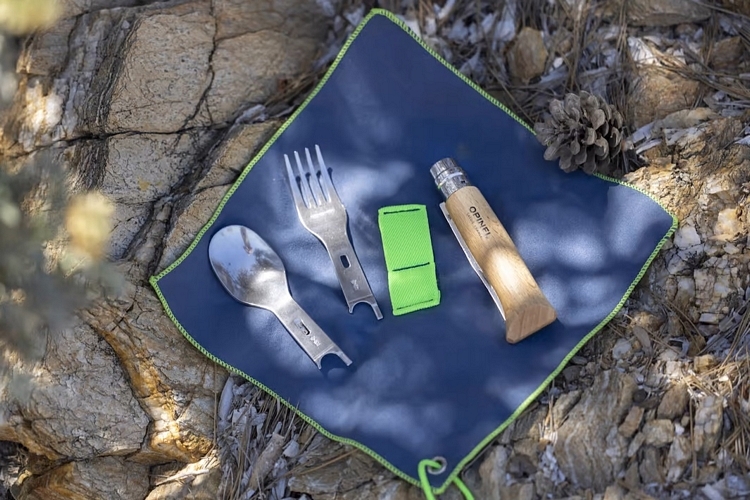 The Opinel Picnic+ uses stainless steel for both spoon and fork inserts, which, when combined with Opinel’s folding knife handle, should make for quite the durable eating utensil. Whether you’re slicing steaks with the knife, scooping up fried rice with the spoon, or digging through a pile noodles with the fork, this thing should let you do it as easily as any cutlery you have in the kitchen drawers. Of course, you can only use one cutlery at a time, which kind of makes it a drag, but, like we said, carrying a second Opinel knife with one of those safety rings (which would be most of their knives from 2000 onwards) should make your eating setup a whole lot more pleasant. 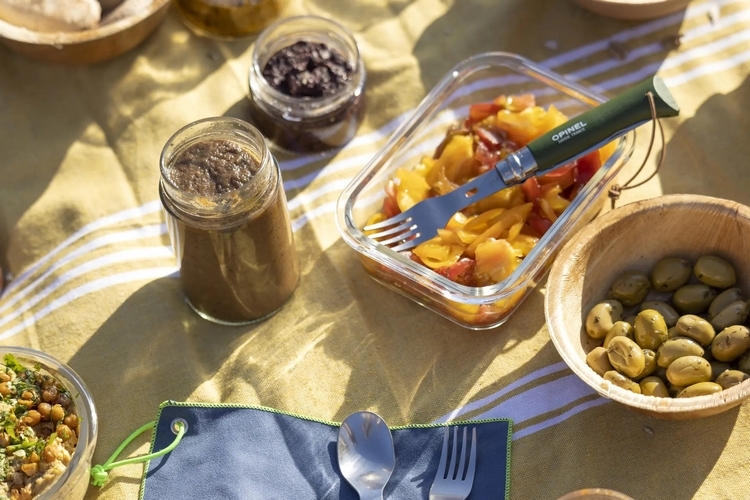 Each set comes with a microfiber fabric that can fold to serve as its carrying case, all while doubling as a handy way to clean the utensils after use. The whole set, by the way, weighs 3.4 ounces, so it barely adds any heft to your pack, although a second knife, if you go that route, should make that just a tad heftier.

The Opinel Picnic+ is available now, priced at $35.