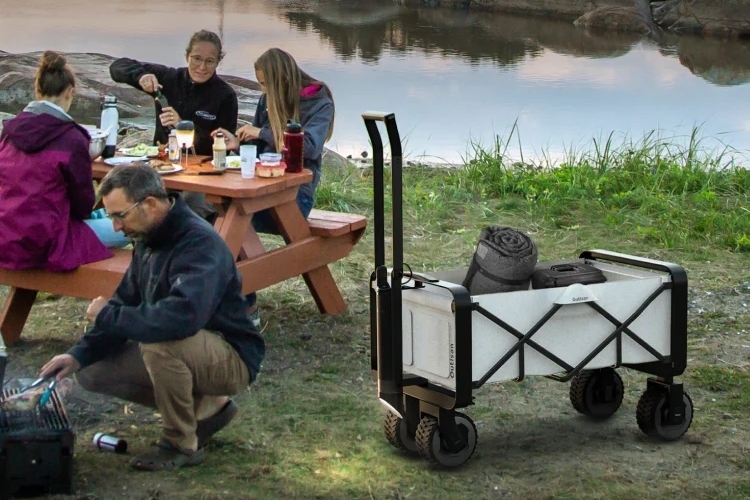 Utility wagons are extremely handy both at home and outdoors, as they let you tow heavy loads while on foot, making them extremely useful whether you’re in the backyard, the beach, or the campsite. The Outisan e-Wagon takes the folding wagon and makes it even better by adding electric power assist to make towing heavy loads a breeze.

You know how most electric bicycles work by kicking in pedal assistance whenever you’re moving? It works much the same way, activating the onboard DC motors as you tow, making those 100 pounds of load you’re hauling feel like it weighs a lot less. 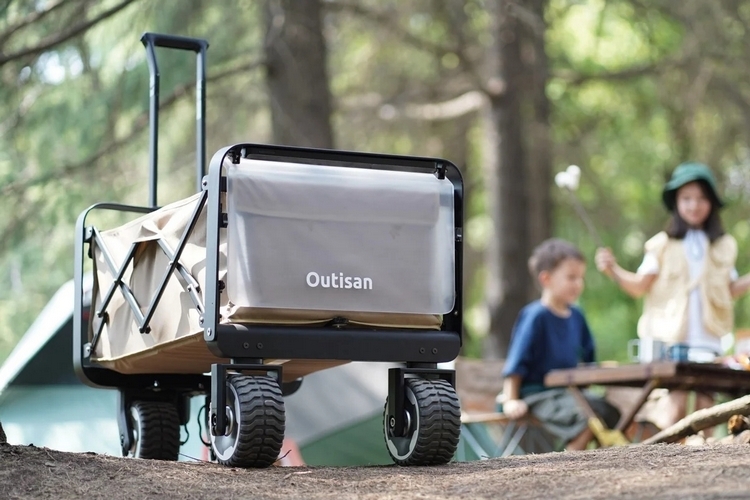 The Outisan e-Wagon looks like any standard folding wagon, with an accordion-style design that easily allows it to compress for transport and expand for deployment. Of course, the main selling point here is the motorized assistance, which is provided by an onboard brushless DC motor in each of the front wheels. According to the outfit, gyro and motion sensors allow the system to recognize whenever the wagon is moving, prompting the DC motors to kick in. According to the outfit, the motors will be fed anywhere from 500W to 900W of power, depending on the kind of terrain the wagon is being pulled on. That means, it will provide more assistance during uphill climbs than on flat ground, all while providing force to control the wheels when going downhill, so the utility wagon doesn’t go barreling down behind you.

The motors are powered by a detachable battery that can easily slide on and off the front of the wagon, so you can easily take it off for charging. According to the outfit, a full charge of the battery is enough to power the in-wheel motors for up to seven miles. The battery, by the way, can be recharged in just three hours. You can also order additional batteries, so you can just swap a fresh one when the current one drains out. 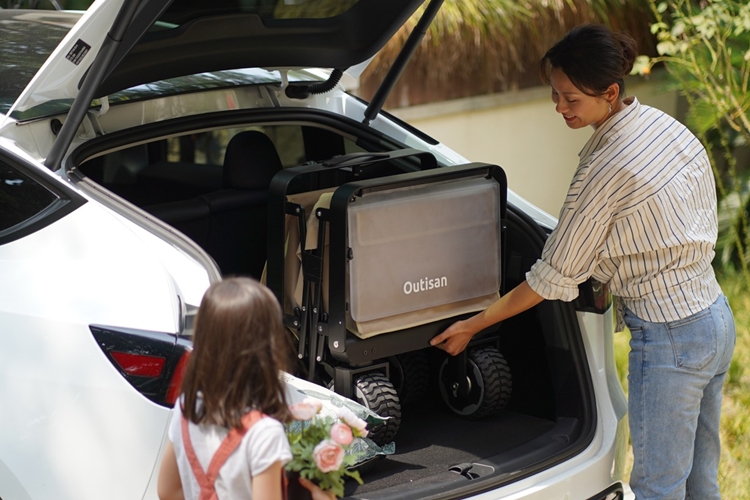 The Outisan e-Wagon is equipped with high-density rubber wheels that sport a high-grip tread pattern that, the outfit claims, makes it very suitable for asphalt roads, hiking trails, grass fields, and beaches. Basically, you can use it to move plants, soil, and rocks backyard, as well as haul supplies in beaches, campsites, and outdoor festivals. The frame is all-metal, so it should hold up to the rugged demands of the outdoors, with a maximum payload capacity of 180 pounds. According to the outfit, when the motors kick in, a 180-pound load will feel as light as 10 pounds. 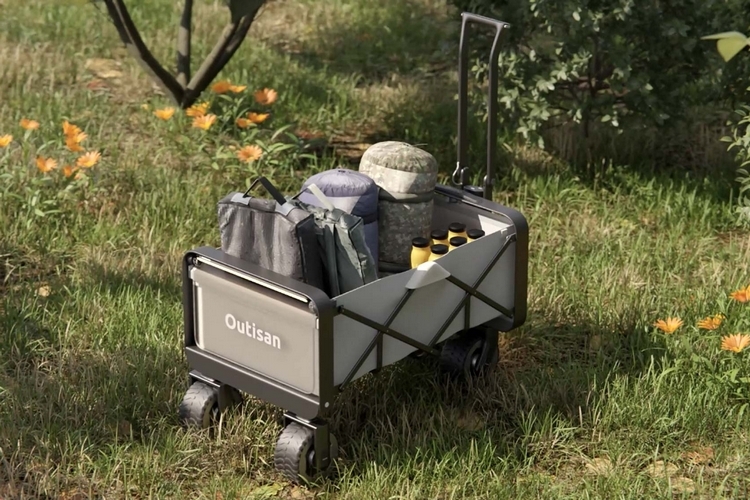 The rear of the utility wagon can open similar to a tailgate, so you can easily open and extend the cargo bed to hold longer items. It’s waterproof, too, so you can easily use it in any weather, all while making it extremely easy to clean, since you can simply hose it down. The frame, by the way, is covered with a fabric material on the inside section, which can be easily removed for machine washing, in case it requires a more thorough cleaning.

A Kickstarter campaign is currently running for the Outisan e-Wagon. You can reserve a unit for pledges starting at $499.