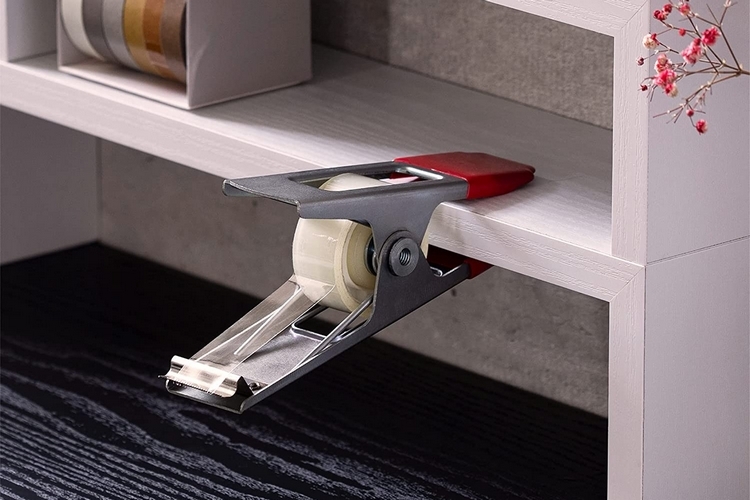 Tape dispensers are awesome, as it keeps your roll of tape stable, so you can cut off a piece from it using just one hand. Problem is, they’re designed to sit on a flat surface, so they occasionally slide around and even fall over, especially on less-than-even surfaces like beds and couches. The Peleg Design ClampTape offers another way to keep that roll of tape stable.

Just like any regular tape dispenser, it holds a roll of tape in an integrated reel, with a cutting edge on the end allowing you to cut a piece of tape without having to use a pair of scissors. Unlike them, it comes in a clothespin shape, allowing it to clip onto the edges of tables, shelves, and other objects, making it easier to stabilize even without a flat surface in sight. 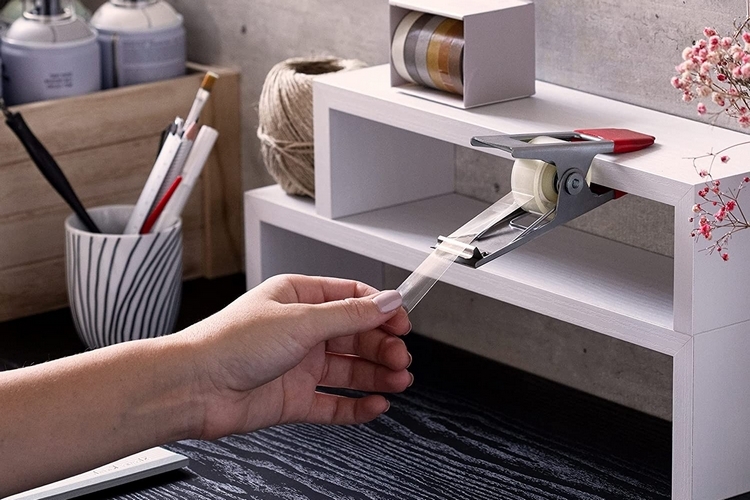 The Peleg Design ClampTape is a tape dispenser clad in a clothespin form factor, allowing you to keep it stable by simply clipping it to the edge of various objects, giving you a more secure way to use a tape dispenser on places like beds and couches. However, the design also makes it ideal for use even in work desks, since you eliminate the sliding that occasionally happens with traditional tape dispensers with the whole thing securely clipped to any fixed edge. According to the outfit, it can clip onto any edge between 0.4 and 1.8 inches in thickness.

While styled to look like a clothespin, it is much larger than a typical clothespin, allowing it to accommodate a proper roll of tape on the integrated reel. At the size, it can accommodate any roll up to 0.7 inches in width, so while you won’t be able to use it for wider adhesives like duct tape, it should work with many kinds of tapes used in both homes and offices. 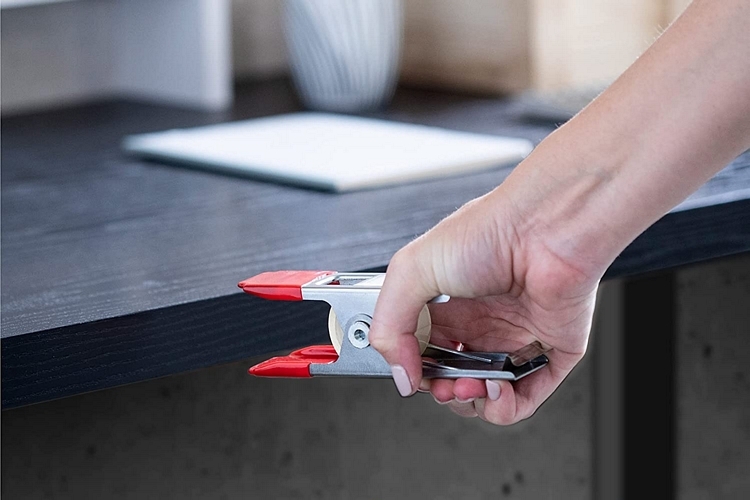 The Peleg Design ClampTape measures 4.5 x 2.4 x 1.4 inches (length x height x width), so it’s roughly the same size as a standard stapler, making it easy enough to keep around a workspace, whether you clip it on the edge of a table or stick it inside a drawer when not in use. Personally, we would have liked something bigger that can accommodate items like fabric, gaffer, and duct tape, but this should still come in handy for a load of stuff we do. It’s made from an unspecified metal alloy, by the way, so it should be reasonably durable, allowing you to put it to good use for a pretty long time. 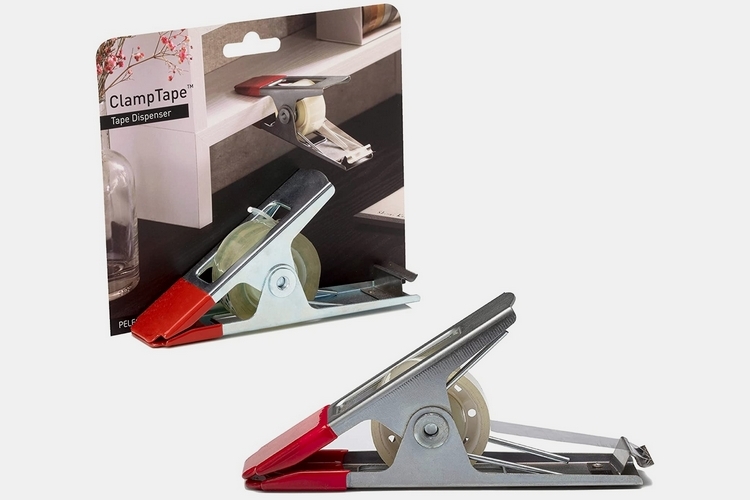 Do you need this? Probably not, but it’s one of those nice things to have, especially if you deal with tape on a regular basis.  Basically, if you’ve ever found yourself struggling to keep a tape dispenser stable while you wrap gifts on the bed during the holidays or do one of the arts and crafts project you started taking up during covid, this thing should make for a good alternative to traditional tape dispensers.