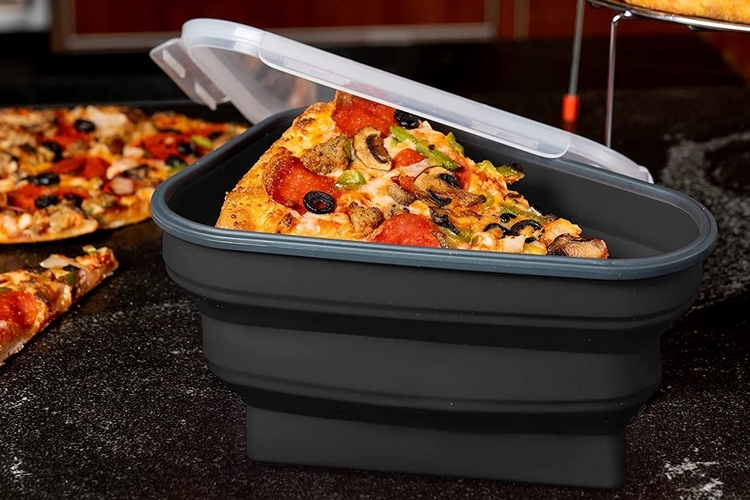 Pizza is almost the perfect food. You can eat it standing, sitting, walking, or even lying down. You can get veggies, carbs, proteins, and a veritable food pyramid of ingredients in every bite. It’s filling, it’s delicious, and it’s affordably-priced. The only real downside to pizza is the fact that it comes in large boxes that will never fit in the fridge, making it difficult to eat half a box and put away the rest for later. Of course, you can always move each slice to a Tupperware container and be done with it. However, the Pizza Pack offers a more efficient option for your leftover slices.

Designed specifically for leftover pizza, this reusable container is shaped in the form of a slice from an 18-inch pizza, ensuring it will fit a standard New York slice and everything else that’s smaller. That way, you get to store your leftovers with no wasted space in the fridge, allowing you to stash slices for later even in crowded fridge shelves. 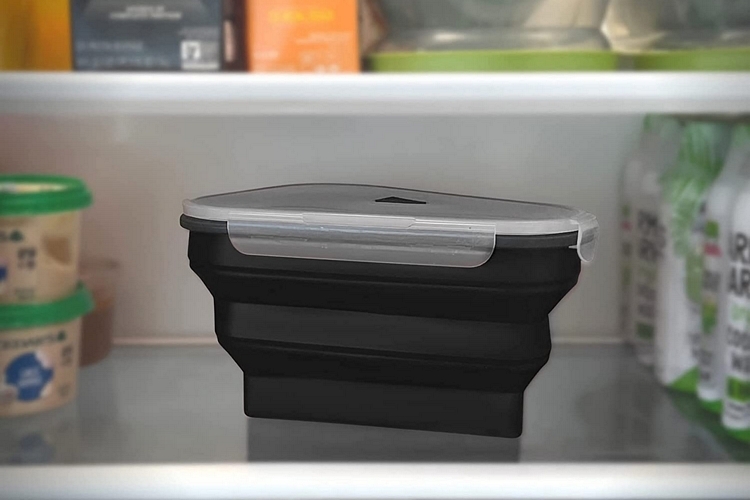 The Pizza Pack doesn’t just fit one slice, either, as it has an accordion-like body that allows it to extend and collapse as needed to accommodate a stack of multiple slices. Flatten it down if you just have one slice to refrigerate and pull it up taller if you need room for more, ensuring it offers space-efficient storage, no matter how many slices you have left over. How many slices can it fit? It will depend, but you should be able to stack four or five slices in there easily, maybe more if the pizza neither has a thick crust nor plenty of toppings.

Each container comes with five pizza-shaped dividers, by the way, so you can separate the slices when stacking multiple slices on top of each other, preventing the lower slice’s toppings from getting on the slice atop it. Those dividers can also serve as serving trays, so you don’t even have to use a plate when bringing the slice to the living room later. 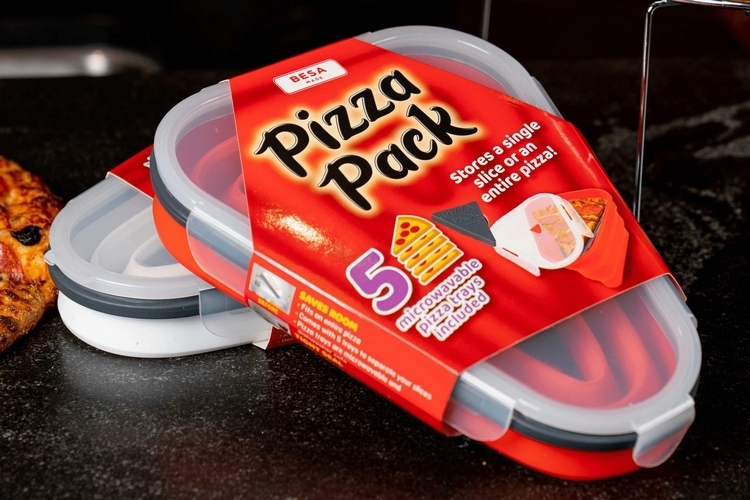 The Pizza Pack is made from silicone, so it’s microwave-safe, allowing you to reheat the slices right in the same container. The divider trays are similarly microwave-safe, as well, so you can use one to reheat a single slice while putting the rest back in the fridge. Of course, there are better ways to reheat pizza than straight up putting it in the microwave (e.g. sliding it inside a toaster bag first), so you might not even use it for microwaving. Similarly, it’s dishwasher-safe, so you can just throw it in the dish pile after you’ve munched through the leftovers. 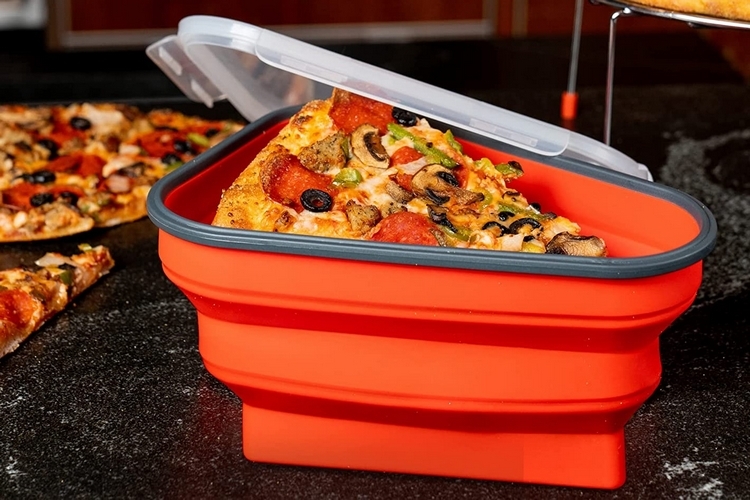 According to the outfit, the container and the lid have an airtight seal, so this will keep your pizzas relatively fresh even after a night of chilling down in the fridge. By the way, if you like those extra-large 20-inch slices, they won’t fit in this thing, but you should be able to cut along some dough from the sides to make them fit.

The Pizza Pack is available now.