Razer Edge Is An Android Tablet Built For Cloud Gaming 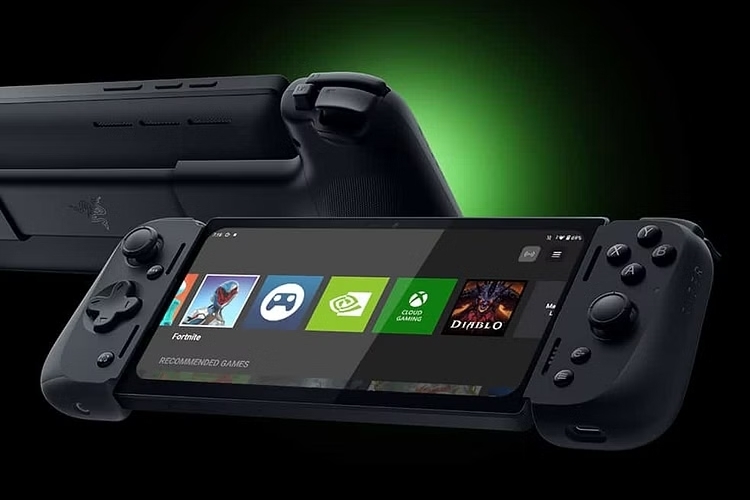 Google may have given up on Stadia, but cloud gaming lives on in a number of services out there, with a growing roster of portable devices built around bringing cloud gaming on the go. The Razer Edge is the newest gaming handheld to throw its hat in the fray.

While most gaming handhelds combine a screen with built-in physical controls, Razer’s portable console comes in a form factor resembling a small tablet (or a large phone, depending on how you look at it), making it more convenient to throw in a backpack pouch for bringing along. To turn it into a proper gaming console, you slot it in the middle of the included Kishi V2 Pro controller, similar to how you’ll use the accessory to add tactile controls to smartphones. 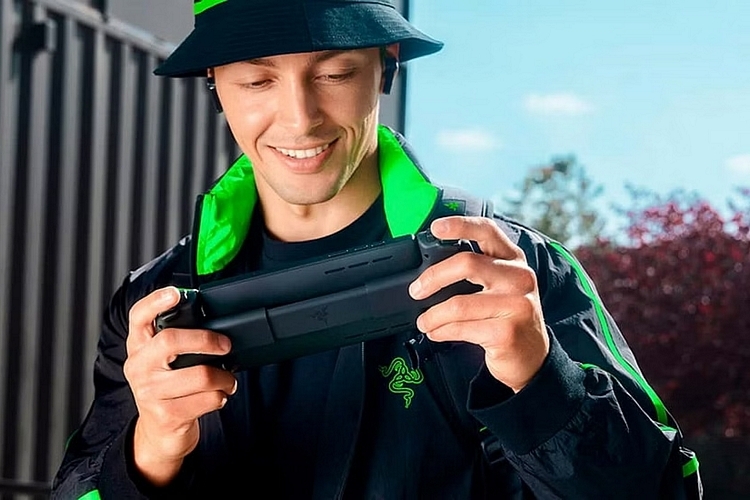 The Razer Edge has a 6.8-inch AMOLED touchscreen, with 2400 x 1080 resolution and a 144Hz refresh rate, making it a perfectly suitable gaming display. It runs on a Qualcomm Snapdragon G3x Gen 1 chipset, 8GB of DDR5 RAM, and 128GB of onboard storage, so it’s pretty standard for a mobile device, making it perfectly suited to run Android 12. Yes, it’s an Android 12 device, so you can actually use it like a normal tablet, complete with access to the Play Store’s regular roster of apps.

For cloud gaming, specifically, it gets access to Nvidia GeForce Now and Xbox Cloud Gaming, along with whatever other game streaming services are out there that offer Android support. Of course, it should also run, pretty much, any Android game out there, giving you access to the same library of titles as any Android smartphone. From the sound of it, the system is designed to work using the outfit’s Nexus app as the main interface, giving you a gaming-focused UI for launching games, discovering new titles, capturing screenshots, and even livestreaming your gameplay. 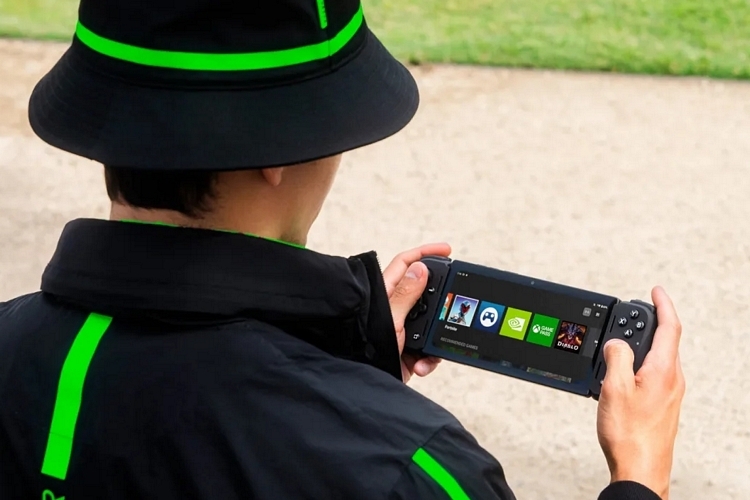 The Razer Edge comes with a new version of the outfit’s mobile controller called the Kishi V2 Pro, turning the erstwhile small tablet into a proper gaming device with tactile controls. It brings the same asymmetrical layout as the regular V2 gamepad, with two analog sticks, a D-pad, four action buttons, two shoulder buttons, two triggers, and two programmable buttons right next to the triggers, along with four smaller system buttons. It connects to the tablet directly via USB-C, so there’s absolutely no latency between the controller and the device just like previous iterations, although the Pro also gets a vibration motor and a 3.5mm headphones jack. According to the outfit, the controller will be available exclusively with the Edge, although they might release it separately in the future. 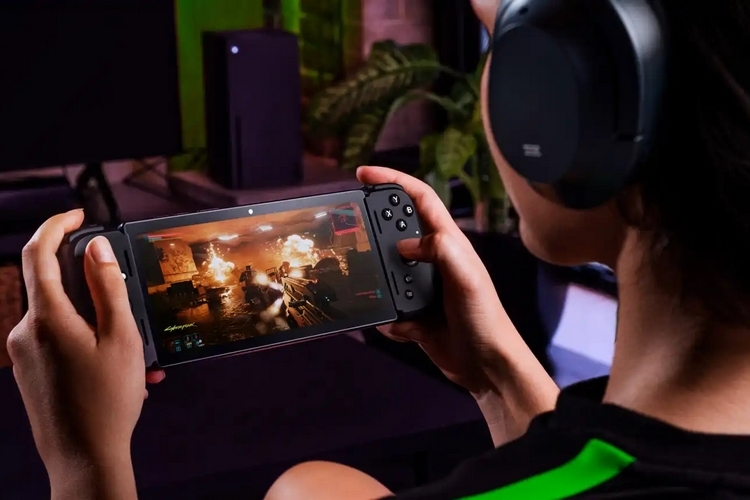 The main tablet comes with a front-facing camera, so you can take video calls right on the device, along with Bluetooth 5.2 and Wi-Fi 6E connectivity, so it should maximize the bandwidth of the fastest 6E routers out there. There’s no rated battery life, although the device will come with a 5,000mAh module.

The Razer Edge launches in January for $399.99, with a 5G version hitting the shelves later after that.