Remotto Enerjoy Can Charge A Switch, Four Joy-Cons, And Two USB Gadgets At The Same Time 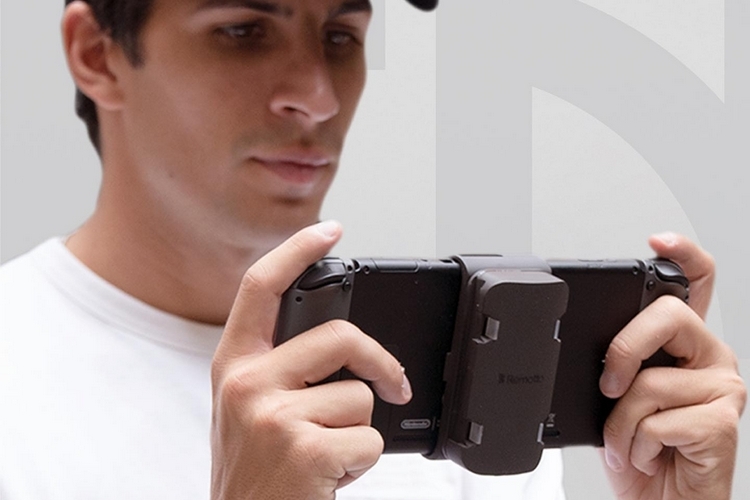 Gaming handhelds are fun and all, but all those crazy graphics use up a lot of power. That’s why even a console as underpowered as the Nintendo Switch can occasionally conk out in just four hours of intense gameplay. While carrying a power bank should help extend your on-the-go playtime, the Remotto Enerjoy offers something that Switch owners will likely appreciate better.

Designed specifically for use with the Switch, the power bank can magnetically attach to the back of the gaming handheld, so it can keep juicing up your console as you play. Even better, it can charge not just the Switch and its two connected Joy-Cons, you can also attach another set of Joy-Cons to the charger, so you can recharge a console and four controllers at the exact same time. Very convenient. 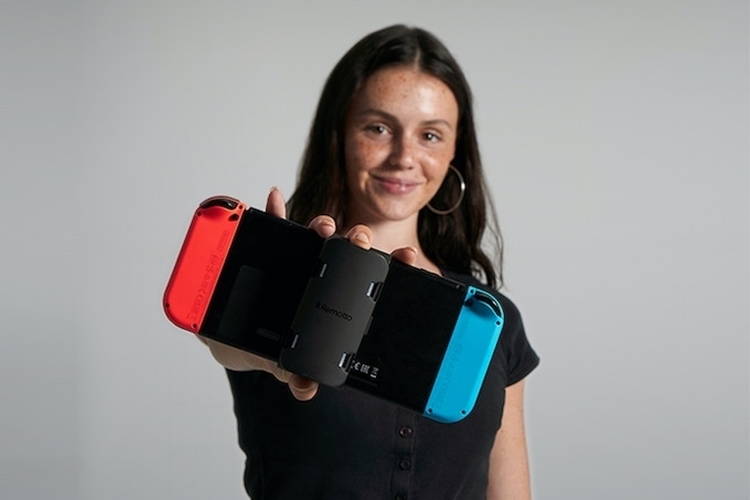 The Remotto Enerjoy consists of a battery module and a clamp. To set up, you first attach the clamp to the Switch, connecting the USB-C plug to the port at the bottom of the console. From there, you simply attach the battery pack magnetically to the clamp at the back of the Switch, where it will automatically juice up the console’s battery, along with any connected Joy-Cons. That’s right, no need to fiddle around with plugs and connectors every time you’re charging – just slap the battery in the back and watch that battery fill up.

The battery pack is actually equipped with side rails that are compatible with Joy-Cons. That means, you can use the battery itself as a replacement for the Joy-Con grip, so you can leave that extra accessory at home. Even better, it will automatically charge the Joy-Cons while they’re connected to the battery, making it doubly handy in the field. And yes, you can slap the battery to the back of the Switch even with Joy-Cons connected to it, so it will charge those gamepads while charging your Switch, too. According to the outfit, the battery only requires a Joy-Con to be connected to one of the rail connectors to start charging it, so you can actually use it to charge four Joy-Cons at the same time. The Remotto Enerjoy comes in two power capacities: 5,000 mAh and 10,000 mAh. According to the outfit, the former allows it to add up to nine hours of playing time to your Nintendo Switch, while the latter gives it up to 18 hours for a nearly full-day of non-stop gameplay. They’re very light, too, coming in at just 110 grams for the 5,000 mAh and 180 grams for the 10,000 mAh, so they won’t add much heft while hanging off the back of your handheld console. 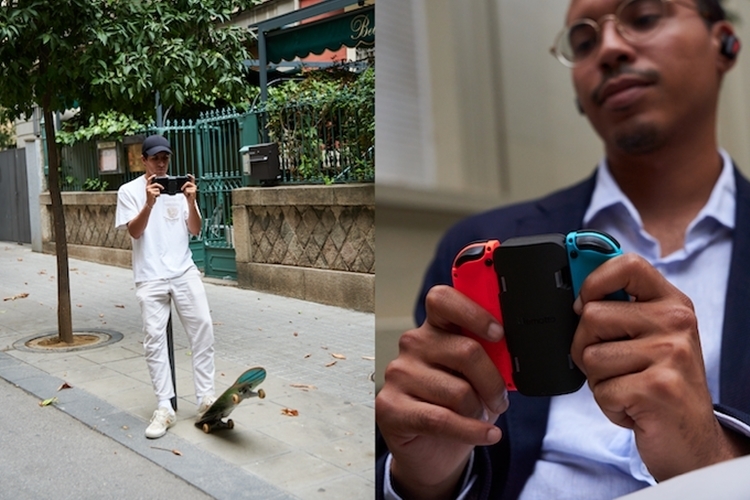 Both batteries, by the way, come with two USB slots at the bottom (one Type-C and one Type-A), so you can also use it as a regular power bank for non-Switch gadgets. Features include one-push clip removal system (for quickly attaching and removing the clamp from your Switch), safe charging tech, and compatibility with both the original Switch and the OLED version (no support for the Lite version, sadly).

A Kickstarter campaign is currently running for the Remotto Enerjoy. You can reserve a unit for pledges starting at €37.