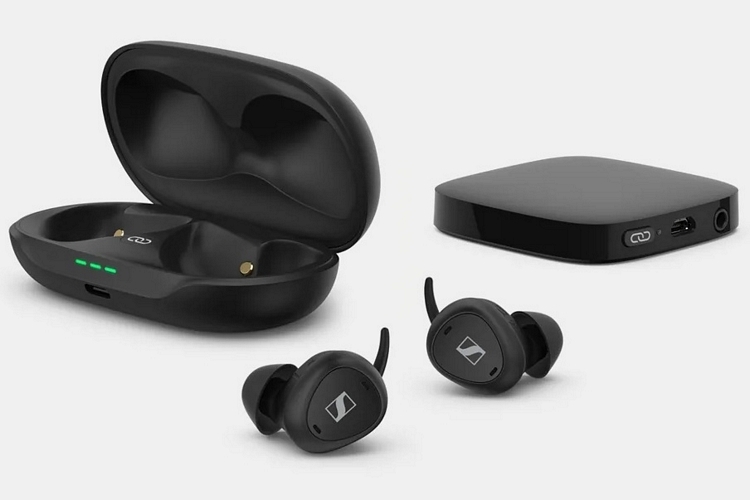 Watching TV with the family is fun. Listening to your husband spoil the ending, your siblings gossip about the actors, or your mom talk about the neighbor’s new vertical planter while you’re watching the show? Not so much. That’s when it becomes a good idea to pop in a pair of earbuds for some private listening. Problem is, most TVs don’t usually come with Bluetooth built in, so your favorite true wireless earbuds won’t quite do the trick. Instead, you’ll need something a little more specialized like the Sennheiser TV Clear.

Designed specifically for use with TVs, these true wireless earbuds deliver your TV sound straight to your ears, all while physically blocking out any sound from the people gathered around the TV with you. No more interrupting your viewing with unsolicited commentary, snide remarks, or uninteresting quips every few minutes – with this thing, you can enjoy your favorite show all on its own even with a roomful of people sitting with you on the couch. 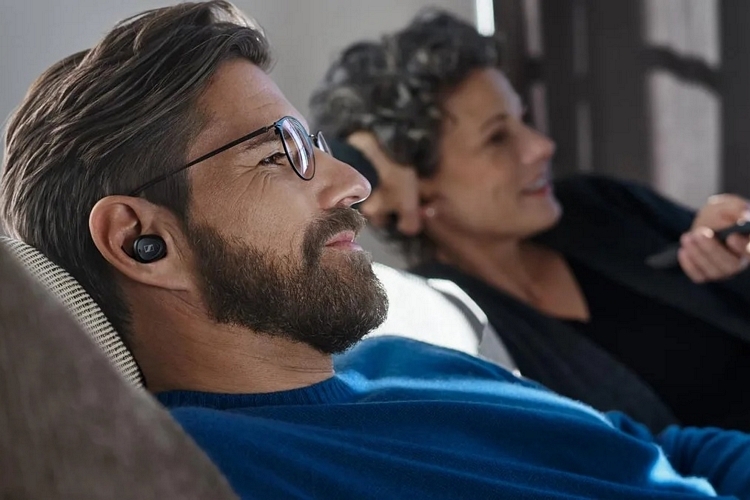 The Sennheiser TV Clear consists of a pair of true wireless earbuds that connect via Bluetooth to an accompany transmitter that plugs in to the 3.5mm slot of your TV. Having been designed specifically for use with TVs, it’s been tuned for low-latency transmission and maximum speech intelligibility, ensuring you can hear dialogue, commentary, and other spoken sounds as clearly as possible. In fact, it comes with five settings for speech clarity, each one retuning the speech to come through even louder and clearer.

A volume setting right on the earbuds allow you to listen at a different volume than the TV’s current setting, so you can turn it down during loud action sequences and turn it back up during one of those intimate sequences where everyone seems to be whispering for whatever reason. While there’s no mention of active noise cancellation, the device does use in-ear tips that should block out noise passively, allowing you to tune out much of the chatter that goes on when watching with other people in the room. 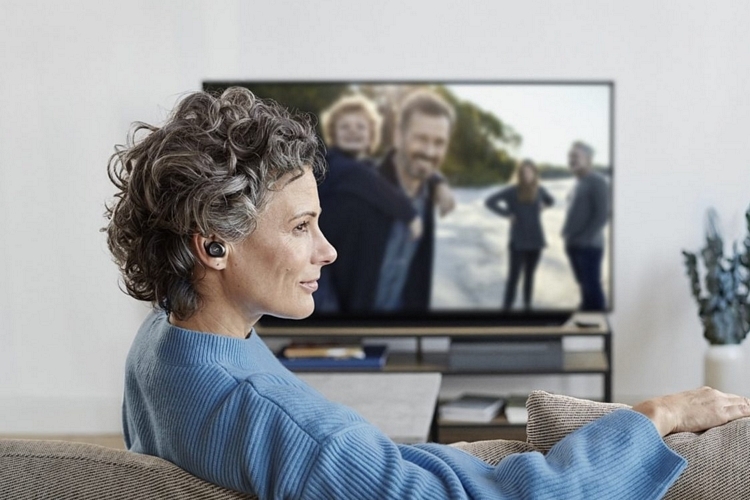 The Sennheiser TV Clear has an Ambient Awareness feature that uses a single mic to pick up ambient chatter and funnel it through the earbuds, allowing you to listen to what your wife is saying when she taps you on the shoulder without having to pull out the earbuds. Built-in touch controls allow you to control the earbuds with simple taps and swipes on the earpieces, while a companion app lets you dig deep into the settings for more detailed adjustments. 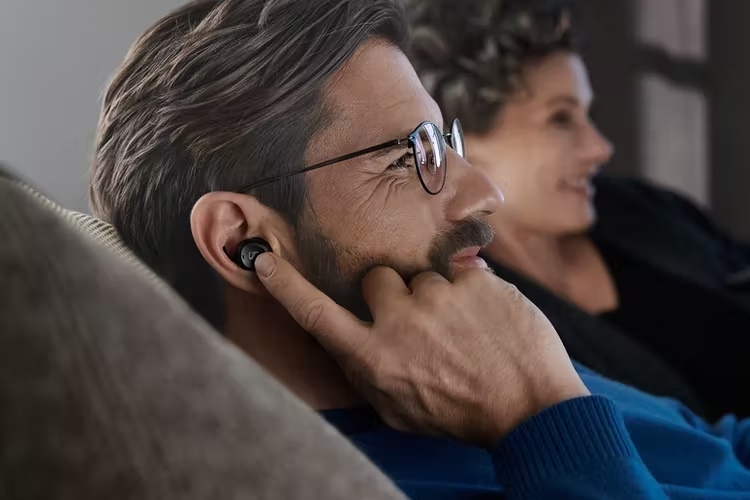 The built-in batteries are rated for up to 15 hours of listening time between charges. Like regular true wireless earbuds, it comes with a charging chase that adds another 22 hours of playback to the pair, so you get up to 37 hours before having to plug in the case. Other features include a light weight of 6.9 grams, three sets of soft in-ear adapters, and a “Find My Earbuds” feature that makes them easy to locate whenever they’re misplaced.

The Sennheiser TV Clear comes out at the end of the summer, priced at $399.95.