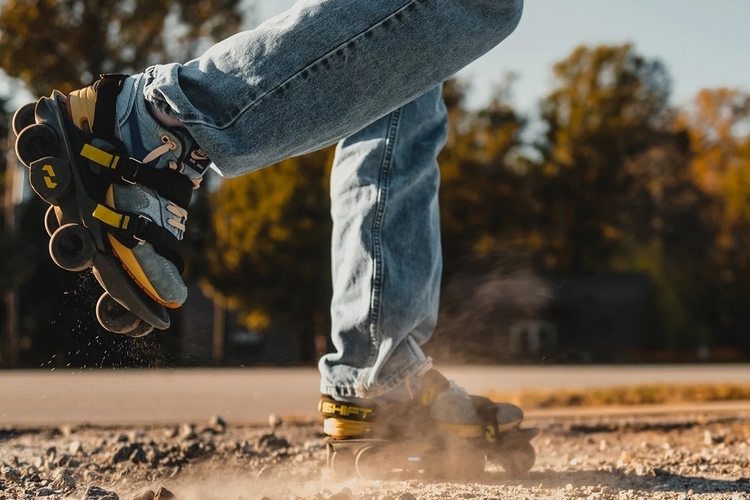 Despite the fact that skating is significantly faster than walking, it’s tough to convince people to wear Heely’s instead of regular shoes. People just aren’t ready to trade the ability to walk unencumbered in favor of gliding on wheels. That’s why, instead of using its wheels to let you skate, the Shift Moonwalkers repurposes them to let you walk faster instead.

That’s right, these sandals with wheels at the base aren’t actually meant for skating. Instead, the wheels are powered by a motorized drivetrain that helps propel you as you walk, effectively adding spring to your step, so you’re able to walk at a much faster pace. 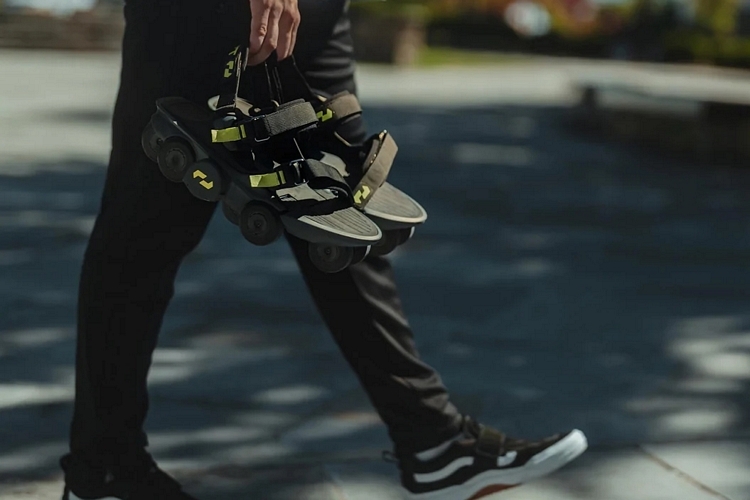 The Shift Moonwalkers aren’t exactly shoes, as they’re not meant to go over your feet. Instead, they’re meant to wear over your shoes, essentially adding some robotic reinforcement to your footwear. That reinforcement comes in the form of an eight-wheel drivetrain on each foot that’s powered by a brushless DC motor, distributing its power across all eight wheels using a precision gearbox. When activated, the motor will power the wheels to propel you forward with every step, allowing people to walk as much as 2.5 times faster than normal. That’s right, you’re practically running while only expending as much energy as your normal walking motions. Since propelling you too much may not be safe, it electronically limits your walking speed to 7mph, regardless of whether you’re walking on flat ground, inclines, or downhill.

The motor can be turned on and off using a specific foot gesture, so you can walk at a more normal pace any time you feel like it. With the motor out, by the way, the wheels are automatically locked, with no way to freewheel, so you can’t use this like a regular pair of skates. The outfit also recommends turning the motor off any time you use the stairs. 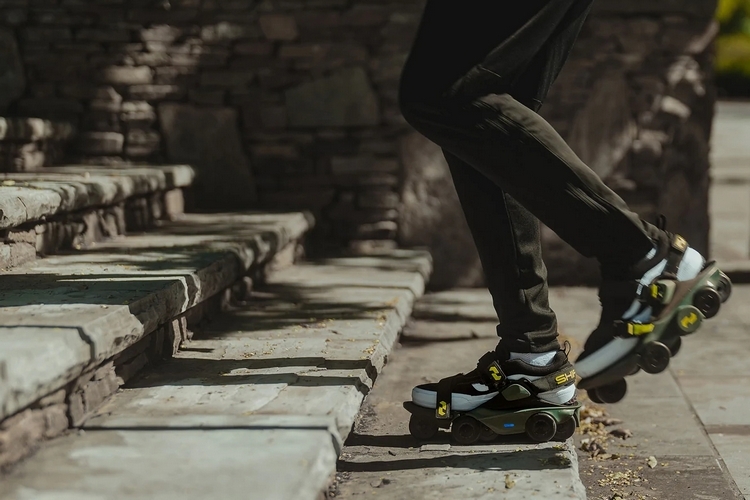 The Shift Moonwalkers feature a hinged section at the toe area, which allows it to follow as your foot naturally bends at the toes during walking, so you retain all your natural mobility and balance. According to the outfit, it won’t force you to walk in a specific way, as the device actually uses an adaptive AI system that tailors how it delivers power based on how you actually walk, with the system typically adapting in around ten steps or less. It’s powered using an onboard battery on each foot, which allows the motor to augment your walking motions for up to six miles. Recharging via USB-C can fill it back up from drained in just 1.5 hours. 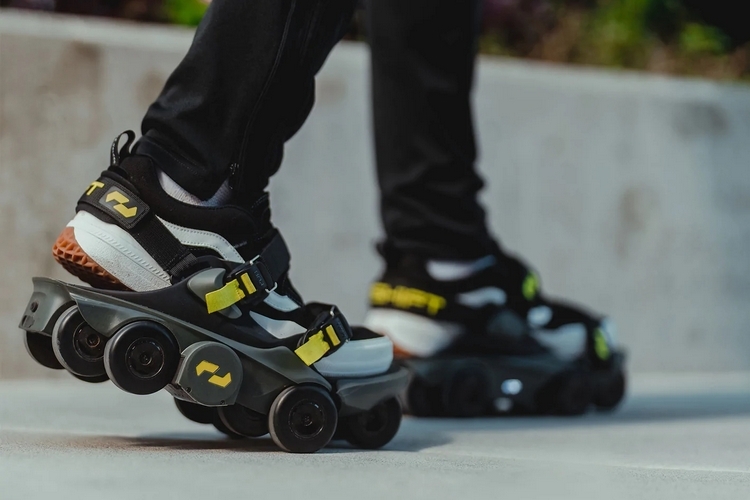 What kind of shoes will it fit? Pretty much everything, since it’s basically oversized sandals with adjustable straps. Basically, just get one in the same size as your shoe size and you should be able to wear it on top of your regular footwear, whether you’re rocking boots, sneakers, or some comfy slips-ons for the day. A bonus benefit: you won’t be wearing out your actual shoes’ outsoles, since they never touch the ground with this thing on.

A Kickstarter campaign is currently running for the Shift Moonwalkers. You can reserve a unit for pledges starting at $999.