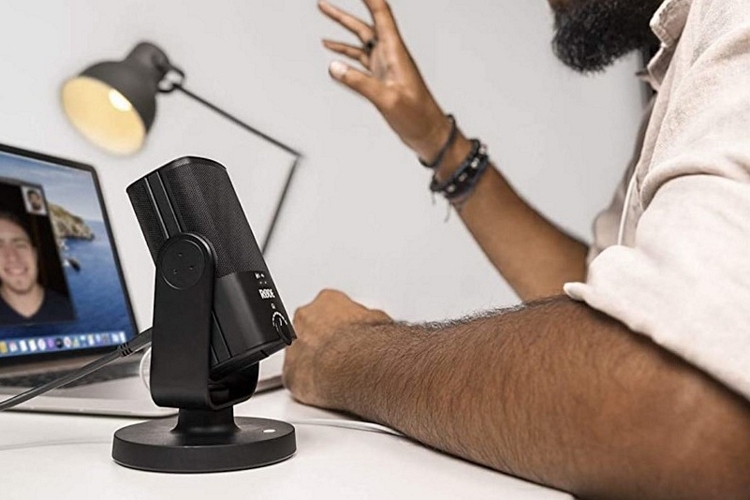 No, you don’t need to be a streamer, a podcaster, or some other kind of content creator to benefit from a good USB microphone. Making sure your voice is picked up loud and clear can benefit everyone who spends a good amount of time in a computer. Those video calls where you have to occasionally repeat yourself, so everyone can understand? A good desktop mic can make sure they go smoother. Those multi-player gaming sessions where you team up with randoms who can’t make out your calls in the heat of battle? We have a feeling a good USB mic can really benefit your overall results.

Suffice to say, a good desktop mic has become an essential accessory for many PC users, going hand in hand with the increased importance of webcams in the last couple of years. Plus, it never hurts to have one when you do decide to dip your feet in content creation.

These are the best USB mics for desktop use. 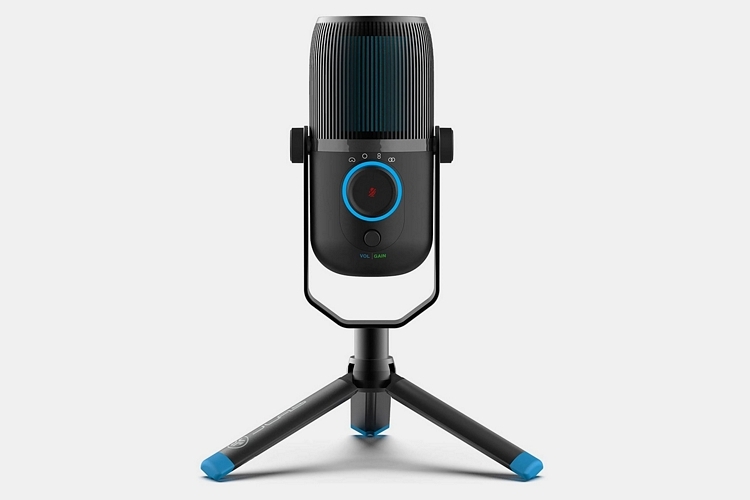 This USB mic has four pickup patterns available (stereo, omnidirectional, cardioid, and bidirectional), allowing you to switch from one to the other, depending on what each situation requires. Of course, the most common one you’ll probably use is the cardioid, which has you speaking directly into the mic. In this mode, it has a very crisp and detail-rich sound that feels just a bit more transparent than most of the better mics in the category. The other modes are surprisingly good, too, making this a truly useful mic that you can use for well beyond trash-talking friends during games and trying to sound very professional during video calls.

It doesn’t feel as premium as some models in this list, with a fair bit more plastic in the build, although it is equally as sturdy and robust overall. We appreciate the physical knobs for both gain and volume, which allow you to make quick adjustments on the fly, as well as the high sampling rate, which really elevates its potential applications for high-quality vocal recordings. There’s also zero latency monitoring via the 3.5mm slot, so you can hear everything that the mic is picking up with no delay. 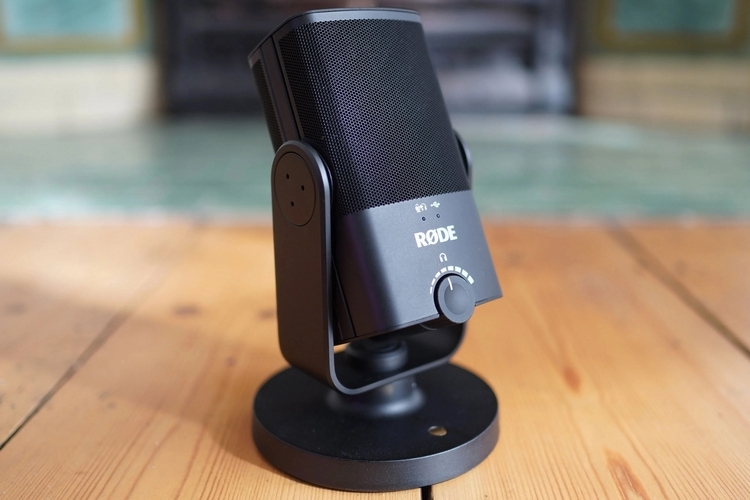 If you want an affordable USB mic in a compact size that just does a good job of picking up your voice, you’ll want to try out this diminutive Rode model, which is also one of the most adorable-looking options we’ve seen in the category. The size is a big plus, as it allows you to keep it out of the frame during video calls, all while being much easier to integrate anyone’s setup, although the stripped-down features might throw off those who like to mess around with their hardware a fair bit more.

Despite its small frame, it’s quite the capable device, producing a sound that even outperforms some of the more expensive models out there. There’s a built-in pop filter, so there’s no need to add one, with a zero-latency monitoring mode that allows you to keep tabs on your voice the whole time. It works with the outfit’s digital mixer, Rode Connect, to let you connect and manage up to four Minis on a single PC, making the oftentimes confusing job of using multiple USB mics on a single machine work seamlessly. Granted, it only works with the same model, but we still appreciate it all the same.

If you want something with high-quality sound, straightforward function, and out of the way aesthetics, this thing just might be the USB mic that fits your needs. 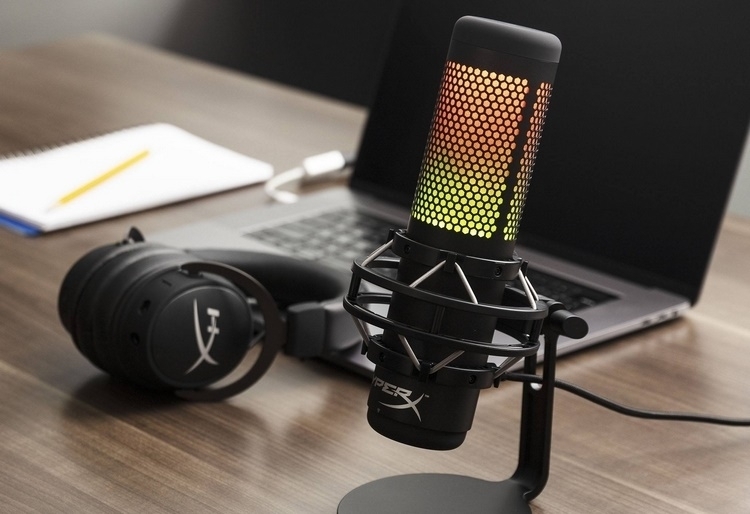 First off, the thing that truly separates it from other mics is the big patch of RGB LEDs right on the body, making for a unique-looking presence on any desk. However, it’s not all about flash over substance, as this is an impressively capable USB mic. Sound, for instance, is very warm and natural, with plenty of details coming through in a clear manner, while some physical controls (tap to mute and a gain control dial) spare you from having to switch to the software every time.

The QuadCast name refers to its three-diaphragm design that allows it to take on four pickup patterns (same ones as the JLab mic above), making for a versatile mic that can take on a variety of recording settings. It also has an internal pop filter, so no need to install one, as well as a shock mount to nullify any rumbling produced during intense gaming moments. 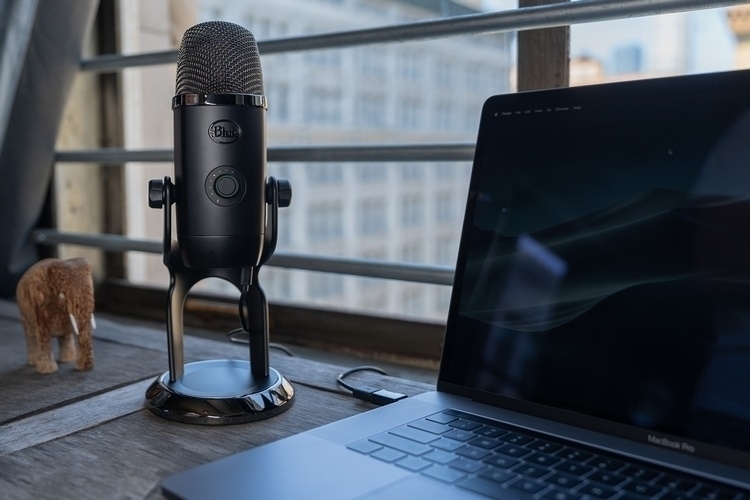 Blue has been one of the mainstays of the USB mic category, having offered some of the best options for streamers and content creators before many current players in the space even thought about jumping in. While the mic that built the outfit’s reputation, the original Yeti, remains relevant to this day, we can’t overlook the improvements the outfit has put in the Yeti X.

Simply put, it’s an upgrade over the standard Yeti in terms of performance and features. Audio is crisp and clear, although not much different compared to the Yeti, albeit with a wider range that allows it to produce a fuller and more dynamic sound. Suffice to say, there’s just something that sounds better when it comes to the final recording.

We also love the ability to switch between cardioid, bidirectional, omnidirectional, and stereo polar patterns using a physical dial, allowing you to easily change how the mic picks up sound, making it easy to integrate into literally any kind of setup. Even better, the same dial can be used to adjust gain, headphone level and blend modes, allowing for plenty of modifications without having to dive into the software. It is, however, one of the chunkier mics in this list. If that’s not an issue, though, it brings plenty of good things in its favor. 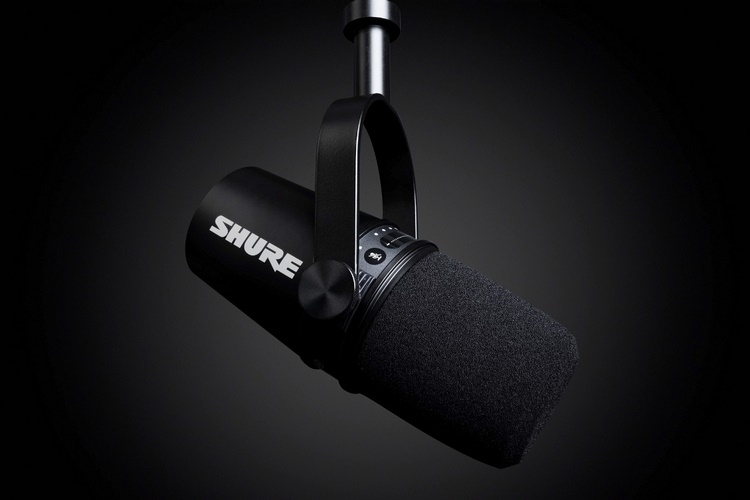 Shure is one of the most renowned names when it comes to microphones, having been in business since releasing their 33N two-button carbon mic from 1932. So yeah, these guys have been around. In fact, they’re one of the premiere names when it comes to pro-grade microphones and with the MV7 Podcast Mic, they attempt to bring some of those high-end features in a more accessible package.

A dynamic mic, it focuses on picking up loud speech while tuning out everything else, ensuring it captures your voice as you speak into it loud and clear while minimizing all extraneous sounds. The result is exceptional intelligibility for spoken sounds, with a balanced tone that makes the whole thing sound crystal clear. It’s also one of the few desktop mics that offer both USB and XLR connections, making it suitable for plugging directly to PCs as well as to more professional audio interfaces. And yes, it’s just as easy as other USB mics to set up, complete with a whole load of advanced features like an auto-leveler for consistent output, the ability to adjust your preferred position relative to the mic, and a manual mode that lets you adjust gain, monitor mix, EQ, limiter, compressor, and more.