The Best Multicookers Bring One-Pot Versatility To Your Kitchen 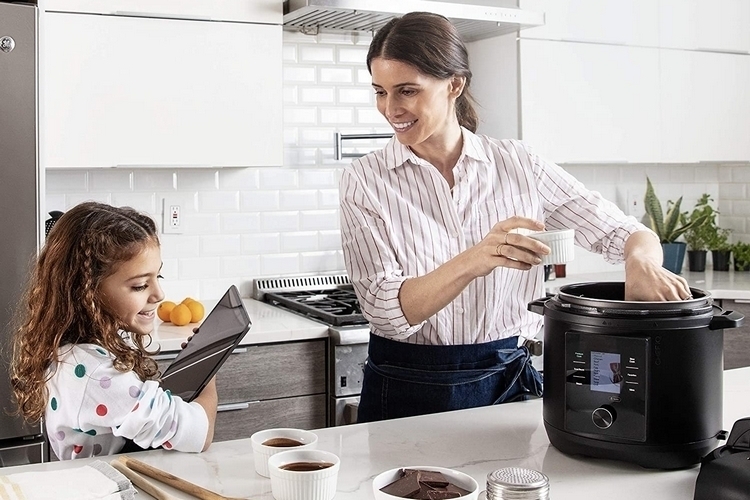 No, you don’t need a multicooker in your kitchen. All the basic cooking functions you can do in modern multicookers, from pressure cooking and slow cooking to steaming and sautéing, can all be done with a stove and a few pieces of cookware.

That doesn’t mean a versatile multicooker doesn’t have its place. For one, modern multicookers do an excellent job of regulating temperature all on its own – something you’ll have to do manually and tediously on a pot-and-stove-and-kitchen-thermometer combo. Many multicookers also let you set cooking start times, so you can leave ingredients in the pot and have the cooking start much later, allowing you to prepare dinner well in advance, but only start cooking it a couple hours before actual dinner time. Plus, there are things you can do in more advanced multicookers, such as air-frying and sous vide, that typically require additional appliances, making them even more handy.

These are our favorite multicookers. 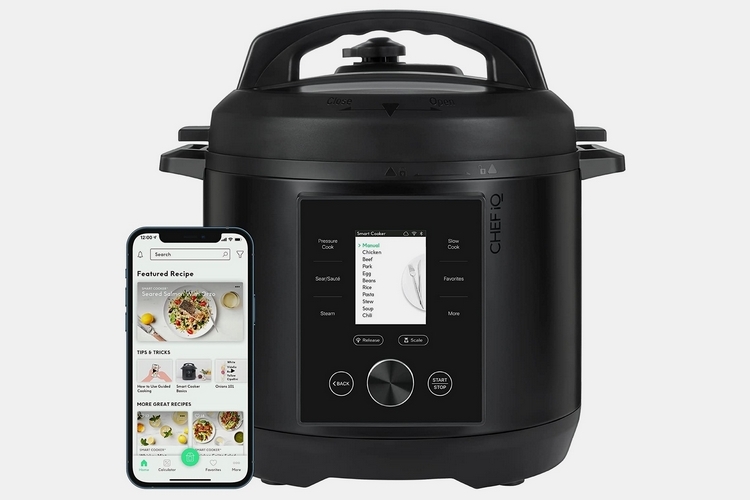 We like the onboard interface and the sheer amount of options on this smart cooker, which go a step beyond what you normally get in the category. The high-resolution screen actually lets you choose through a literal litany of cooking presets, allowing you to dial in the most precise cooking option. You don’t just get to choose “slow cook” in this cooker, as it will also let you choose what you’re cooking (e.g. beans), any subcategory it belongs to (e.g. type of beans, whether they’ve been soaked before cooking), and how much you’re cooking, allowing it to set the time and temperature specific to your particular ingredients. Like we said, it goes well beyond the norm, as you can really dial in the details regarding each dish you’re making. According to the outfit, it has over 1,000 presets stored on the appliance, with thousands more available if you pair it with the companion app.

It has a built-in scale that can weigh ingredients as you add them to the pot, which can come in handy when you’re following exacting recipes. By the way, the companion app has a guided cooking function that will walk you through every step of a dish, which is the main function that really takes advantage of the scale.

When pressure cooking, it actually displays how much pressure has built-up on the screen, so you can better estimate how long you need to wait before dinner is ready. Oh yeah, it offers automatic pressure release, too. As in, if you choose this option, it will release pressure on its own after it’s done cooking, making that part completely hands-free.

This six-quart model can do, pretty much, everything other multi-cookers can do, short of air-frying. Yes, it even does sous vide, so it’s downright impressive for the price. 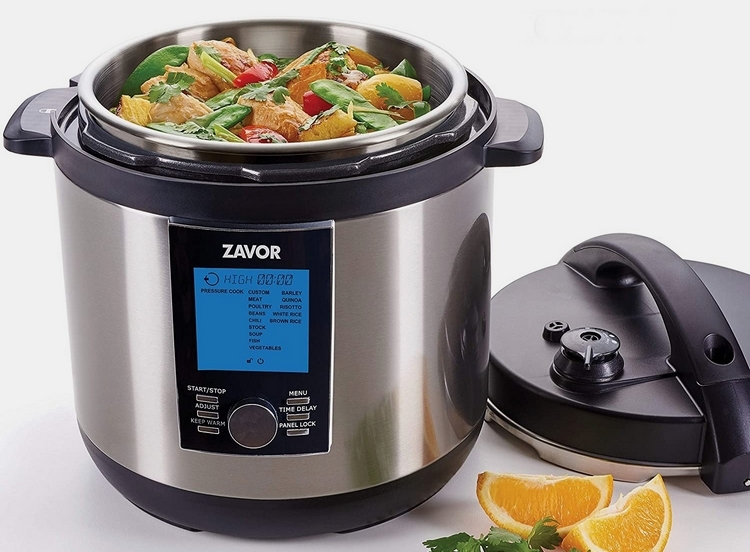 When Spanish kitchen brand Fagor shut its doors in 2018, several of its US employees started their own outfit under the name Zavor, essentially taking some of Fagor’s product line and rebranding it under the new name. Their multicookers are among those products and this six-quart rig is arguably their best one. It’s really fast and efficient at pressure cooking, while cooking rice much better than most multicookers we’ve tried. We also like the 30 programmable settings available from the high-res LCD, which gives users plenty of options without being overwhelming. Oh yeah, it can sous vide, too, which is one of our favorite features in modern multicookers. 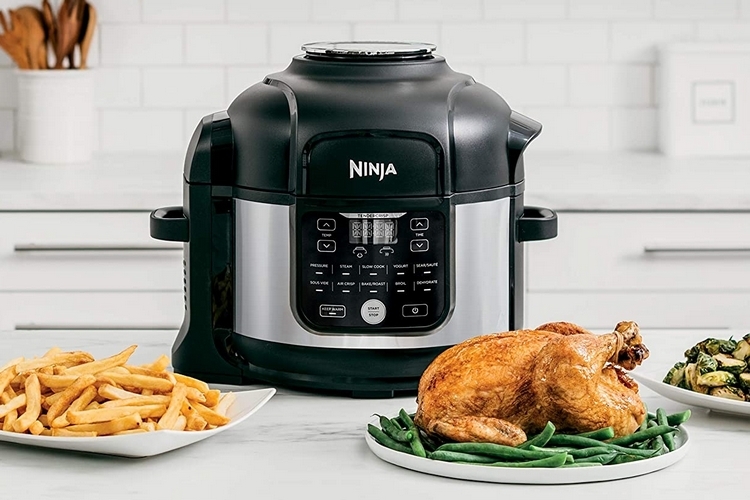 Ninja’s multicooker comes with 11 presets that include all the typical multicooker offerings, with the appliance doing a standout job in pressure cooking and sauteing. Cooking rice is also much better here than most others we’ve tried. Its big draw, though, is the addition of a second lid (they call it a crisping lid) that makes it more suitable for baking, roasting, broiling, and air frying. That’s right, you can air fry on this thing. What we don’t like is the fact that the crisping lid is attached directly to the appliance via a structure on the side, which makes take up more countertop space than similarly-sized multicookers. Not to mention, that lid just stands there flipped up when you decide to use the pressure lid instead. Functionally, though, it’s great, although we would have preferred an option to release pressure automatically just like some models here. 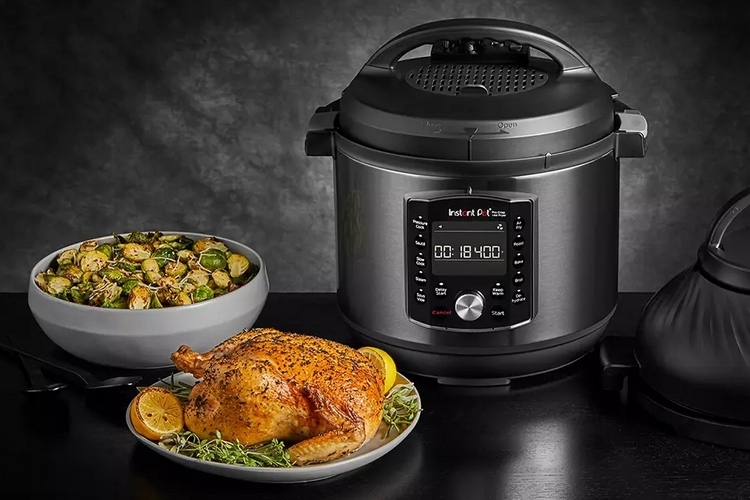 Chances are, you know Instant Pot as the outfit that really popularized the multicooker category. And they continue to be among the frontrunners in the space. Our pick of their roster is this eight-quart model, which can do all your typical Instant Pot functions, such as pressure cooking, slow cooking, steaming, sauteing, warming, roasting, baking, broiling, and dehydrating. However, they also add sous vide to the mix, allowing you to do some fancy water baths for your food right on the same appliance, as well as a second lid that turns it into a functional air fryer. And yes, both functions work really well, with the device even beeping halfway through during air frying to let you know you need to turn the food over.

One of our old gripes about multicookers are the curved bottom pots, which makes oil pool around the edges. That isn’t an issue here, as it has a flat-bottomed stainless steel pot, which makes it a lot more viable for sauteing, complete with silicone handles on the sides for moving around like a fry pan on the stove. Do note, this model doesn’t come with a recipe book, so you’ll have to look up recipes online to get acquainted with the appliance. In case this one’s too big, by the way, Instant Pot also offers the same Crisp function lid with their smaller Duo model. 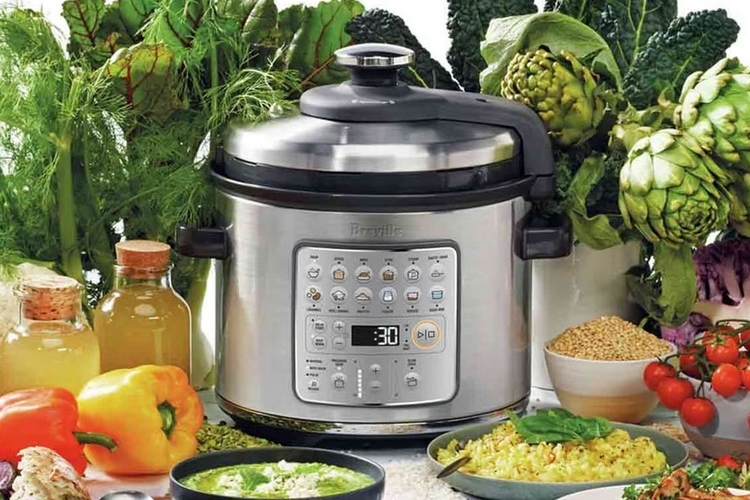 While Breville’s Fast Slow Pro has long been one of the most popular multicookers in the market, we decided to include this newer six-quart model in the list instead. Mostly, it’s because we prefer the stainless steel pot over the nonstick on the Pro and the controls here are laid out a lot simpler, making it that much easier to use. Other than those differences, it works much like the Pro, so it cooks using the various presets just as well, with two new presets available (one for yogurt and one for sous vide). We also like the hands-free steam release settings after pressure cooking, with the ability to simply choose whether you want to let the food rest gradually, release in bursts, or let everything out in one go. And yes, it retains the same side-hinged lid that continues to just feel plain weird.