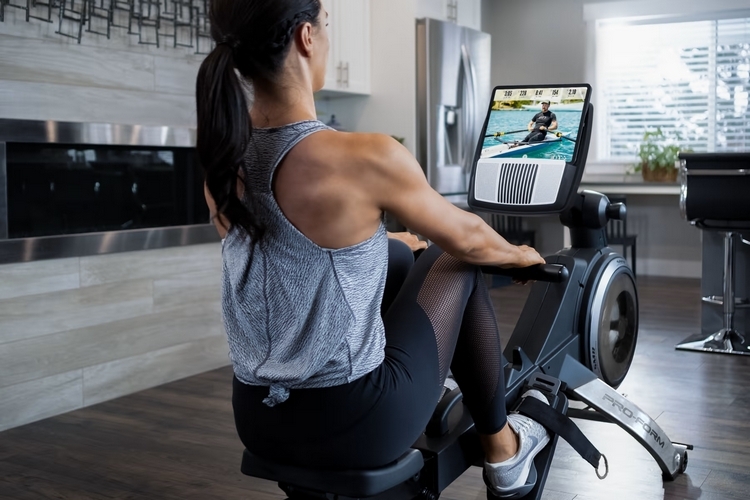 If you have the space for them, treadmills and exercise bikes make for excellent home workout equipment. Unless, of course, you have issues with your knees, hips, or lower back which can be aggravated by going hard on either machine. If you’re in that boat (we all break down at some point), it’s probably a good idea to look for exercise machines that put less strain on the joints. Specifically, you want a machine that delivers a high payoff in fitness benefits while putting minimal impact on weight-bearing joints that are often prone to injury and soreness.

A rowing machine is one such exercise equipment. The smooth and fluid rowing motion, along with the seat gliding gracefully to follow your body, allows your joints to move gently as you go back and forth with each stroke. Even better, it engages plenty of major muscles as you exercise, including the core, hips, arms, back, legs, glutes, and shoulders. The result is a machine that produces not just heavy calorie burns, but plenty of muscle endurance, too.

These are the best rowing machines you can use for exercising at home. 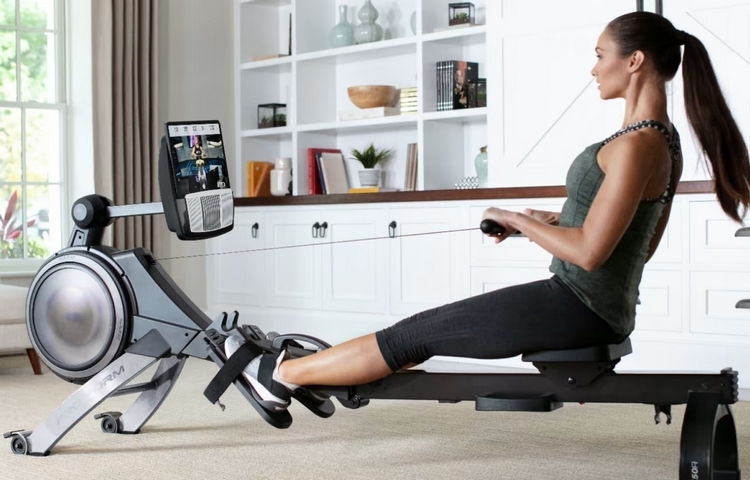 We love the affordable price of this rowing machine, all while bringing a lot of features that some of more expensive models don’t even have.  For instance, it uses magnetic resistance, allowing it to operate in complete even when you’re going hard, with 24 adjustment levels allowing you to customize the level of challenge with the push of a button. We also love the oversized seat and adjustable footrests, allowing you to perch comfortably on the equipment while you glide smoothly with every stroke.

It has a small display that shows your strokes, time, distance, calories burned, and resistance stats, with capacitive buttons right below it for easy adjustments. However, there’s also a dock right below the control panel, allowing you to put a tablet running iFit on top of the it. That’s right, the machine is compatible with the iFit app, allowing you to bring the same connected features as more expensive rowers in the list, including streaming on-demand workouts and automatic resistance adjustments.

Formerly known as Model D, this is one big rowing machine, requiring at least 8 x 2 feet of floor space (more if you room to move, of course). It’s definitely worth the hassle, though, with its smooth gliding movement, air resistance flywheel, and reasonably quiet operation. It’s not silent, by any means, but definitely a lot quieter than we expected. The amount of wind generated on the flywheel depends on how hard and fast you row, so the greater the pace of your strokes, the more resistance it automatically provides, allowing you to easily push to your limits without having to fiddle with any buttons. It has an integrated display that shows stroke rate, calories burned, distance traveled, pace, and watts, with a few preprogrammed workouts onboard if you need those, as well.

Because it’s so big, it’s able to accommodate even taller individuals, all while supporting weights of up to 500 pounds. They also offer two seat height options, 14 inches and 20 inches, with the latter likely being better for taller folks. Arguably, the RowErg offers the best balance of performance and price among everything in this list. 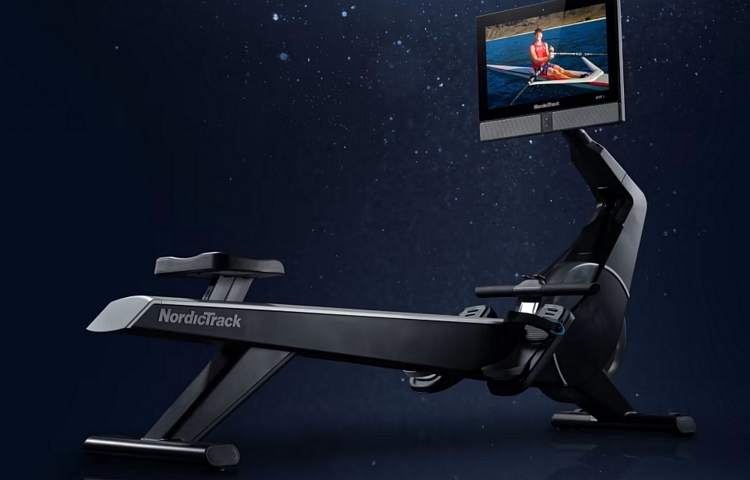 A longstanding name in gym equipment, NordicTrack also makes some of the best rowing machines out there. The RW900 is the flagship in their rowing line, boasting a silent electromagnetic resistance system, excellent rowing ergonomics, and a rotating 22-inch touchscreen running iFit, giving you access to a large collection of on-demand outdoor rowing workouts and studio classes. As with other connected systems, the resistance levels can be adjusted automatically in sync with the workout you’re following, although you also have the option to manually adjust it to any of the 26 available resistance levels. Features include a 250-pound weight capacity, 30W premium audio, and front-mounted wheels to help you move it around. 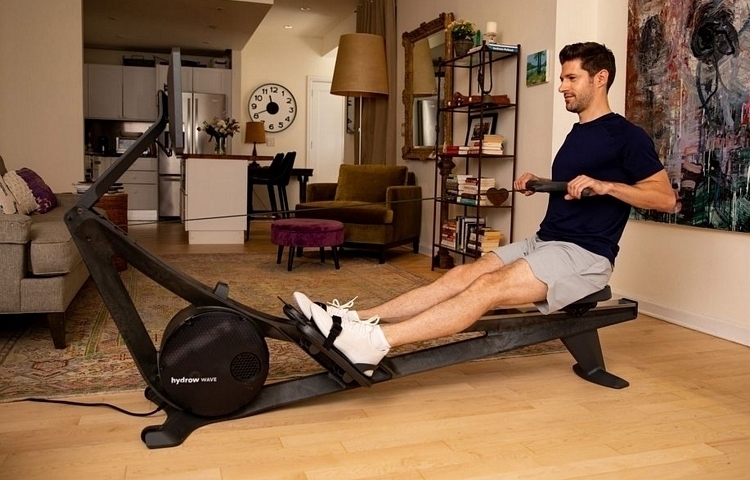 If you want a rower with a full ecosystem of on-demand classes and workout videos, then Hydrow is one brand you’ll definitely want to check out. They have two models of rowing machines on offer: the original Rower and the Wave, with the latter being our pick for a number of reasons.

First, it’s a lot more compact, coming in at 30 percent smaller size than the original, measuring just 6.7 x 3.5 feet. Next, it’s designed to wrok with an optional vertical anchor that lets you mount it flat against the wall when not in use. That means, your rowing machine doesn’t have to take up an ungodly amount of room all the darn time, which goes a long way towards accommodating it in less spacious homes.

More importantly, it does that while incorporating the same computer-controlled dynamic resistance as its bigger counterpart, so you just have to keep rowing and let the machine handle all the fine adjustments on its own. It uses electromagnetic drag for resistance, by the way, which seriously feels like you’re taking the kayak out on actual water (it’s impressive), all while being impressively quiet. A fixed 16-inch 1080 display is situated out front for all your on-demand rowing video workouts, as well as two-channel 3W speaker. It can accommodate users up to 375 pounds.

Yes, it positively looks old-school with its water tank resistance and we love how authentic it recreates the feel of rowing in the real world. And yes, you can use it like any old-school rower, allowing you to freestyle your workouts the way you see fit. However, it also comes with a 17.3-inch touchscreen display that lets you play on-demand workouts, much like other subscription-based systems. However, it takes things up a notch by being heavily gamified, allowing you to compete with the machine for goal-based exercise and other Ergatta users in simulated races. The cherry wood frame also makes it feel more suitable for homes compared to the metals and plastics found in most other exercise machines. 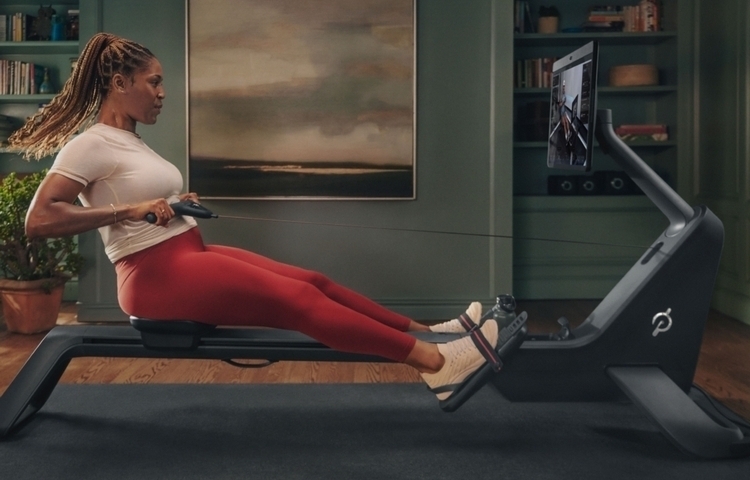 For a long time, people called Hydrow “the Peloton of rowing,” since they were the first to bring on-demand classes and online connectivity to the workout equipment. Well, that changed in December when Peloton actually launched their own rowing machine.

First off, the movement here is topnotch, with both the strap and the seat feeling incredibly smooth as you glide with every stroke. Some of that smoothness, of course, comes from the electromagnetic resistance, which also allows it to operate in utter silence. Simply put, this is a great machine that’s on par, if not better, than the best equipment in the category.

What makes Peloton’s machines special, of course, is the software. Aside from the usual on-demand classes and streaming workouts, it also auto-adjusts resistance based on your performance and your desired intensity, the latter of which you can set before starting a workout. It also incorporates a unque Form Assist function that guides you in making adjustments to your rowing posture, which should help users any potential injuries from bad rowing form. The biggest downside here is the lack of a manual mode, so you can’t simply go for a quick row without having to use Peloton’s software, likely making this a no-go for people who like to wing it during some of their workouts. However, if the whole point you’re buying this machine is so you can take advantage of the outfit’s rich ecosystem, that’s probably not that big of an issue.

Ventureboard Portable Chess Set Keeps The Board Exactly As You Left, So You Can Pause And Resume Games