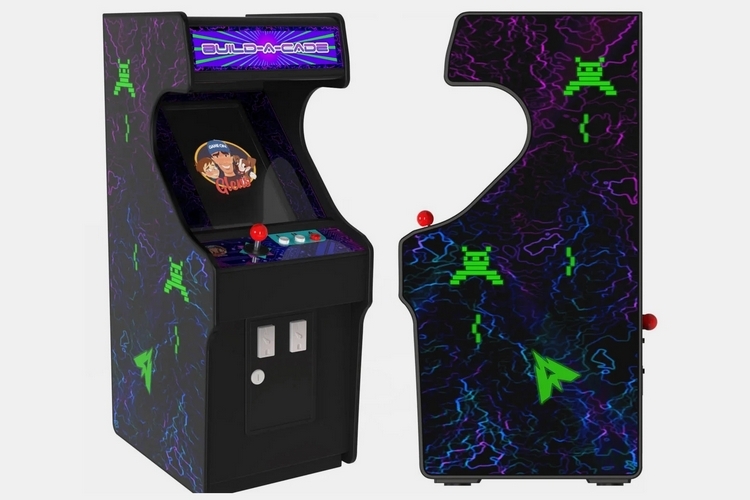 It’s not that hard to rig up up a Raspberry Pi board into a low-power gaming computer, especially with the amount of tutorials already available out there. You can even buy specialty cases that dress up the board computer into something that looks more like home console. The Thunderstick GRS Build-A-Cade, on the other hand, is designed to turn that Raspberry Pi board into a miniature arcade machine.

No, it’s not just an arcade cabinet enclosure. Instead, it’s a fully-functional standalone mini-arcade powered by your own Raspberry Pi board, allowing you to relive your favorite button-mashing classics in a form factor that fits comfortably on the side of your work desk.

The Thunderstick GRS Build-A-Cade is a kit that contains everything you need to turn a Raspberry Pi board and Raspberry Pi power adapter into a functional 1:6-scale miniature arcade machine. This includes the main cabinet, which is shipped unassembled, so you’ll have to put everything together yourself, although the kit seems simple enough that anyone should be able to build it out. The cabinet is a pretty faithful recreation of traditional arcade machines, complete with coin doors (non-functional), a light-up marquee, and cabinet graphics. It comes with integrated cutouts to ensure access to all the ports of the Raspberry Pi board that you install inside the cabinet. From what we can tell, it should work with most any board that has an HDMI slot on the side, although they seem to recommend Raspberry Pi 3, since it’s sized to line up perfectly with the built-in port cutouts.

A 4.3-inch full-color vertical IPS screen is in tow, ensuring it supports games in both landscape and portrait orientations, along with stereo speakers and a 32GB SD card with an OS installer (you can, of course, install any other software you prefer). There’s a headphone jack, too, in case you’d rather not wake up the entire family when you’re retro gaming at one in the morning. 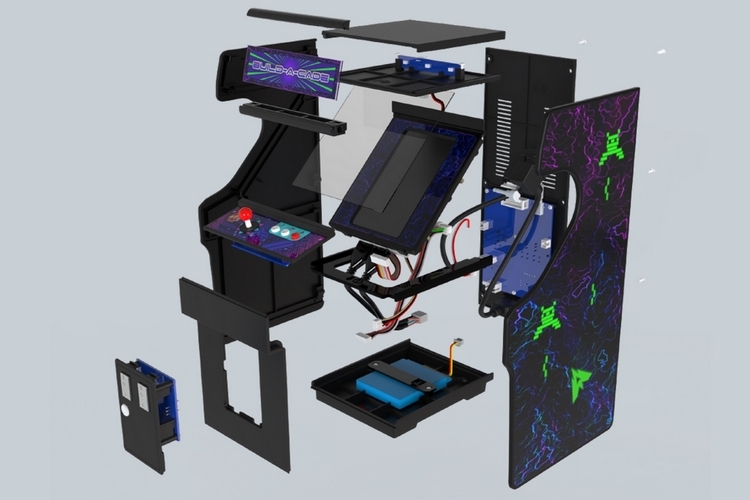 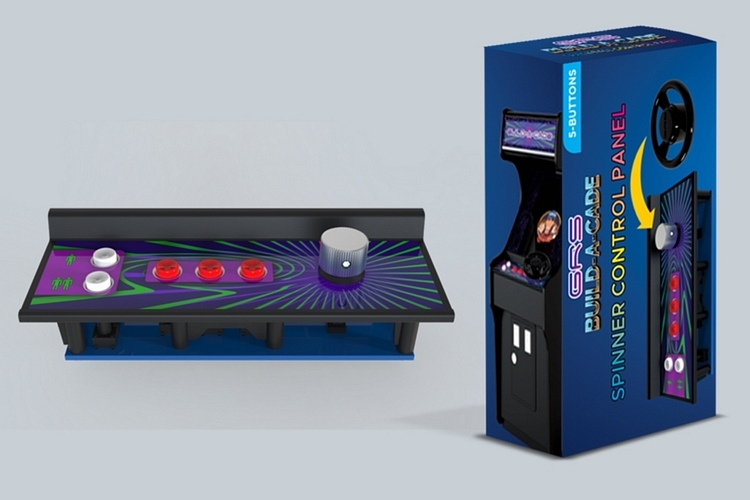 Yes, those tiny controls actually work, including the trackball and spinner. At that size, though, you probably won’t be competitive, considering how many times you’re bound to press the wrong button, as they’re just so tiny. Of course, you can always hook it up to a separate controller via USB if you’d prefer more robust controls. According to the outfit, you will need to connect the board’s Wi-Fi to the internet during first set up, as it will need to download parts of the software during installation.

The Thunderstick GRS Build-A-Cade is available now, priced at $89.99. It ships in the fourth quarter.