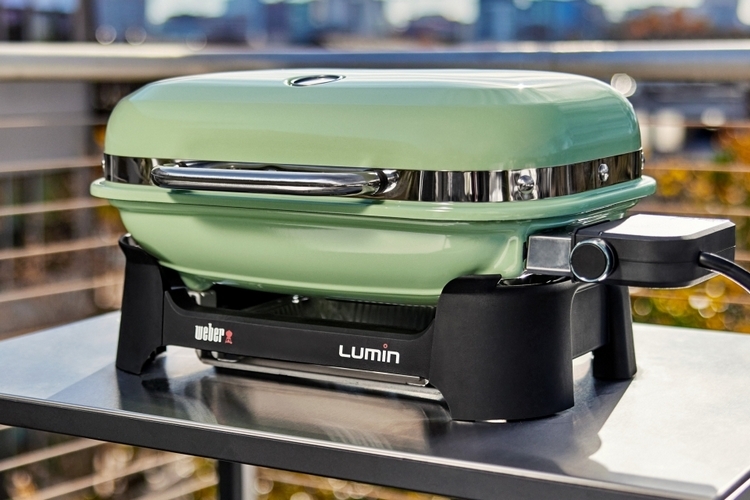 With gas ovens in the hot seat as the latest culture war centerpiece, it’s only fair to guess that gas grills aren’t all that far away. It’s yet another appliance that uses gas for cooking, after all. While we’re pretty sure that’s not the reason for this new product drop, the Weber Lumin Electric Grill does make its arrival at a pretty opportune time.

We know… electric grills aren’t exactly new from Weber, as they’ve released a couple of them before. However, the outfit is doing something different this time around that should make this a better gas grill replacement than any of their previous efforts. 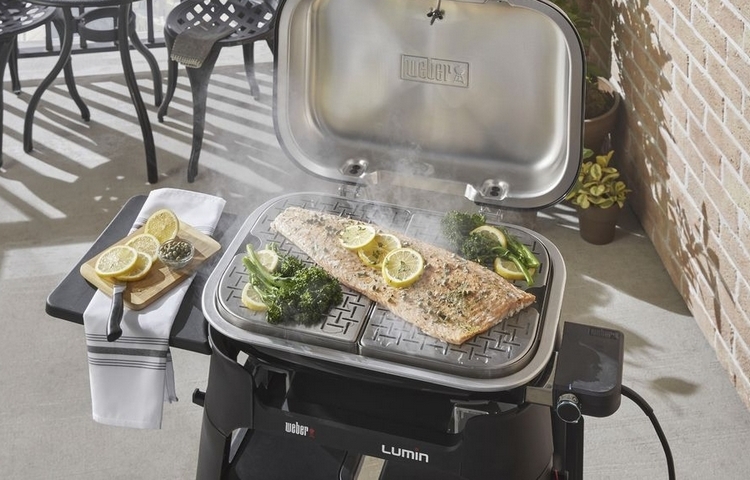 The Weber Lumin Electric Grill does do electric grilling differently from what we normally see in the category. If you’re familiar with electric grills, then you know it essentially cooks your food by putting it on top of a hot plate, then covering it to keep the heat locked in. Others go one step further by sandwiching your food between two hot plates for faster cooking. Either way, it’s a very different process from cooking with charcoal and gas grills. Well, the outfit decided to do things a little differently this time around by rigging their new electric grill to function in a way that actually resembles the gas grilling experience, complete with the ability to make food taste the same as it does on a gas grill.

How did they do that? Mostly, they mimicked the way traditional grills worked. Instead of putting your food on a hot plate, you place it on cast iron grates like a regular grill (so your food gets those same exact char lines), with the heating element sitting underneath the grates. What makes it work, though, is that it’s able to produce heat levels that are on par with the high temperatures you can get on a typical gas grill. 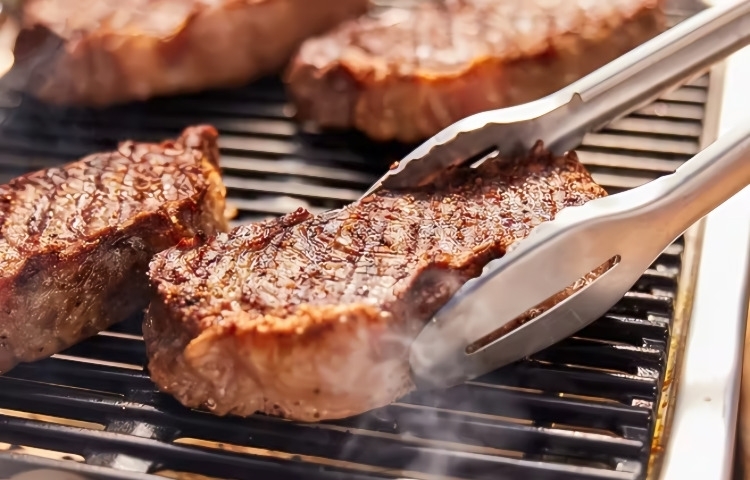 The Weber Lumin Electric Grill can achieve temperatures of over 600 degrees Fahrenheit (315 degrees Celsius), which it reaches in around 15 minutes of pre-heating, and it’s able to stay at those high levels throughout the duration of your cooking. Even better, it’s outdoor-friendly, with the outfit claiming you can keep cooking using electricity in the backyard even when you’ve got a drizzle going on outside. It’s also quite versatile, as they include a reversible steam pan and smoking reservoir that you can use to perform non-grilling cooking functions. They also sell a separate griddle that you can put in place of the grates if you want to whip up some pancakes and eggs on the same appliance. 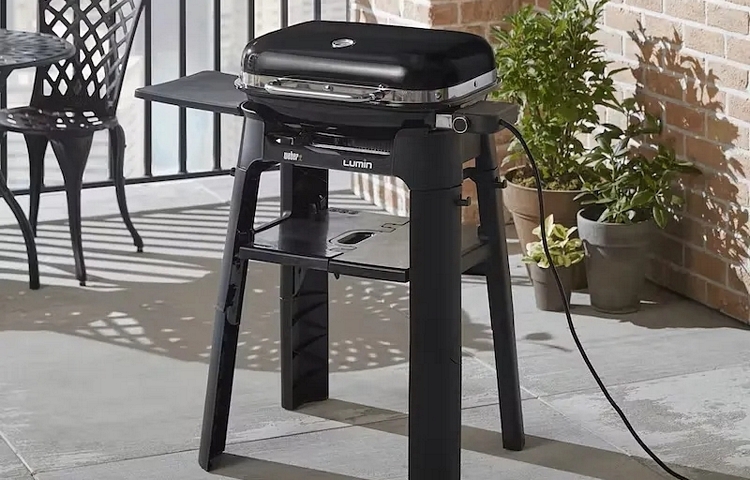 It comes in two sizes: Compact and Standard. The Compact comes with 180 square inches of cooking surface, while the Standard gets 242 inches. Both are designed to be placed on a tabletop, making it easy to move them around and set them up anywhere it’s more convenient to do your grilling. Other features include a built-in thermometer on the lid, an optional stand with side table (so it looks like proper backyard grill), and an optional Versatility Kit that gets you all the cooking accessories for the grill.